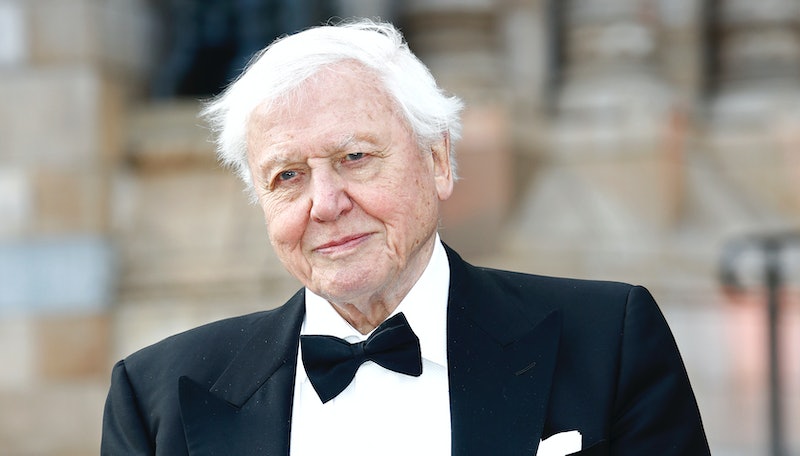 The UK’s favourite TV grandpops and natural historian, David Attenborough was honoured with a lifetime achievement award at the 2019 TV Choice Awards, and it couldn’t come any sooner. The 93-year-old broadcaster is best known for narrating some of the most vivid, beautiful, and thought-provoking wildlife documentaries on television, including Planet Earth, Dynasties and Blue Planet. And now his long career at the BBC has been recognised with a prestigious gong.

Although Attenborough has already received numerous awards and titles over his long career, like the Primetime Emmy Award, BAFA fellowship, and a CBE, and the Order of Merit, he is yet to win a Lifetime Achievement Award to highlight his career spanning 6 long decades.

In a statement, a representative for the TV Choice Awards said: "Still working, learning and making programmes, Sir David Attenborough isn't just a British hero, he's a global icon." Attenborough added: "What I do isn't always entertaining, and sometimes people hear things they don't like. But this is an honour and a great pleasure."

Attenborough’s career has had a massive impact television as a medium, and not just its use as a means of documenting the natural world. As per the BBC, he first joined the broadcaster as a trainee back in 1952 and soon after hosted Zoo Quest, a series that merged studio presenting with on-location filming for the first time. He also oversaw the first ever-colour broadcasts in the 1960s. And in 1969 as a Director of Programmes, Attenborough commissioned Monty Python’s Flying Circus, the comedy groups first sketch-comedy show to appear on TV. He’s also given the world a glimpse at some of the rarest animals on the planet, like the komodo dragon in the 1950s, and more recently the dumbo octopus in Blue Planet in 2001.

He’s still best known for his natural documentaries and refusing to shy away from difficult conversations around environmentalism — and even in his 90s, David Attenborough isn't slowing down. Not only does Attenborough have wildlife named after him, as Eco-Age reports, including a specious of hawkweed in the Brecon Beacons, a beetle, and even a long-necked dinosaur actually named the Attenborosaurus, he often speaks out about global warming and plastic pollution, which was one of the main focal points in Blue Planet II. Attenborough even made an appearance at this year's Glastonbury Festival to talk about plastic and hail the festival for taking a stand on single-use plastic waste.

In response to a new plastic pollution study reported in The Independent, Attenborough stated: “It is high time we turn our attention fully to one of the most pressing problems of today – averting the plastic pollution crisis – not only for the health of our planet but for the wellbeing of people around the world.”

A Lifetime Award couldn’t come any sooner. Attenborough has been so instrumental in many people’s introduction into nature across the globe, bringing wonderful wildlife into our homes, and now even in his 1990s, he is still using his platform to discuss those critical conversations around environmentalism.