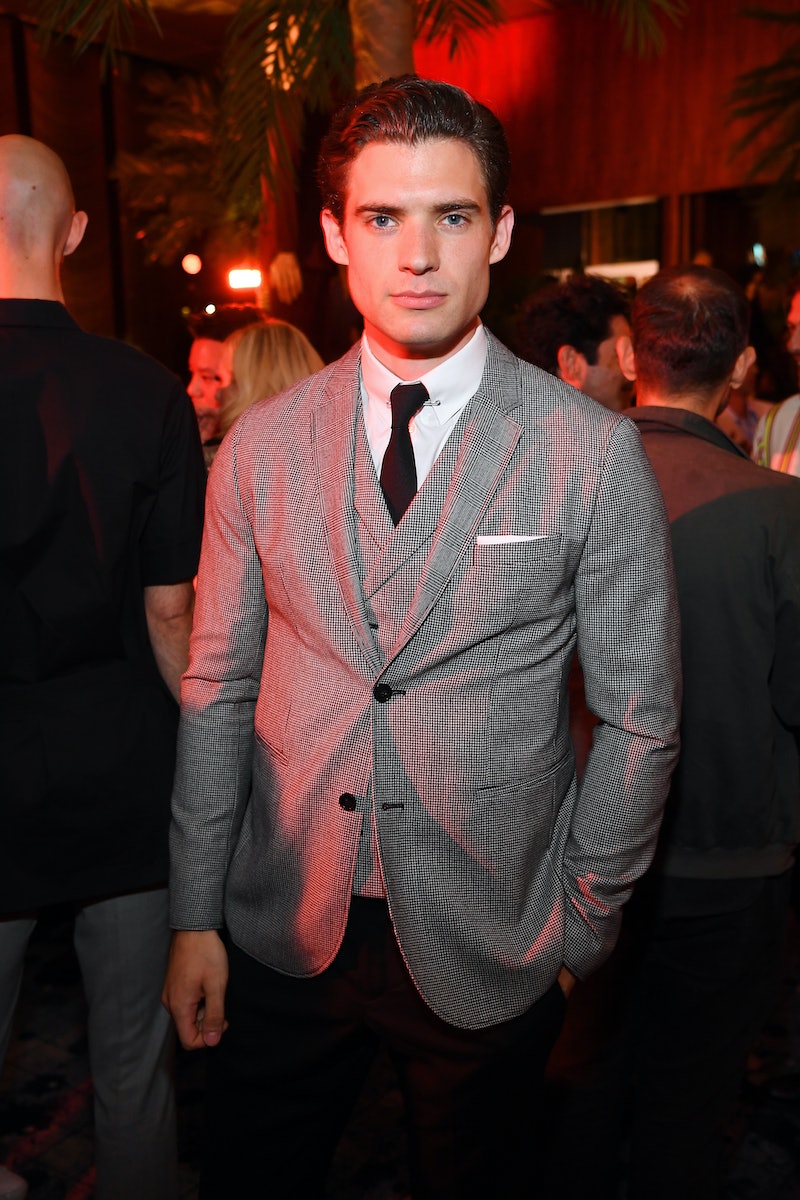 Ryan Murphy has a knack for attaching huge A-list stars to his various projects, however, he also has an eye for up-and-coming talent. Just take, for example, David Corenswet, who portrays the handsome and charismatic River Barkley on Netflix's The Politician. The character quickly became a fan-favorite, prompting viewers to wonder about the star's background. However, any David Corenswet movies on his resumé prior to The Politician are few and far between.

Aside from appearing in a TV movie titled Controversy, most of Corenswet's IMDb credentials are made up of small screen projects, though even those roles have been relatively minor. He did star in a 2018 movie called Affairs of State alongside Thora Birch and Adrian Grenier, which strangely enough, also centered around the world of politics. (His character was a campaign aide who sleeps with the wife and daughter of a presidential candidate, which resulted in deadly consequences.) But his movie projects appear to end there — at least for now.

The Politician is easily Corenswet's biggest acting gig to date, allowing him the proper platform to finally get on the public's radar. And it seems his popularity (and job prospects) are only continuing to grow. Though he doesn't have any exciting movie deals on the horizon yet — despite the internet campaigning for him to be the nest Superman — he does have another exciting project currently in the works.

As American Horror Story fans can attest, Murphy enjoys repeatedly using the same actors over and over again. So hitching your wagon to a Ryan Murphy production can ultimately set you up for life and guaranteed work in the future. Such appears to be the case for Corenswet, who is set to star in Hollywood, which will center around Hollywood and the sex industry in the 1940s.

He'll be working alongside Darren Criss, Jeremy Pope, Jim Parsons, Joe Mantello, Dylan McDermott, Holland Taylor, and Patti LuPone, all of whom are also attached the series. This is after already working with Hollywood stars like Ben Platt, Zoey Deutch, and Jessica Lange on The Politician.

So to say that Corenswet has officially "made it" in the business would be somewhat of an understatement. But right now he isn't too concerned with all of that. Like a true actor, he's just happy to have work lined up.

"I think a lot of actors, rightfully so, go through life thinking I got a job, wonderful, I'm gonna enjoy it, this is the last job I'm ever gonna get," Corenswet told E! News during a recent interview. "And I still am feeling that way: 'Surely, this is the last thing I'm ever going to get,' which is great, because it means you cherish it, and you love it for what it is, and you drink in every moment on set and every moment with your cast mates, so that's what I'm making of it."

If the fans have their way, though, Corenswet will never have to worry about staying employed again.

More like this
Here’s Everything Coming To & Leaving Netflix In October
By Jake Viswanath
Paul Mescal, Man Of Mystery
By Samantha Leach and Heather Hazzan
Markella Kavenagh was working in retail before 'The Rings of Power'
By Maxine Harrison
Olivia Wilde Addresses *Those* Florence Pugh & Shia LaBeouf Rumours
By El Hunt and Sam Ramsden
Get Even More From Bustle — Sign Up For The Newsletter