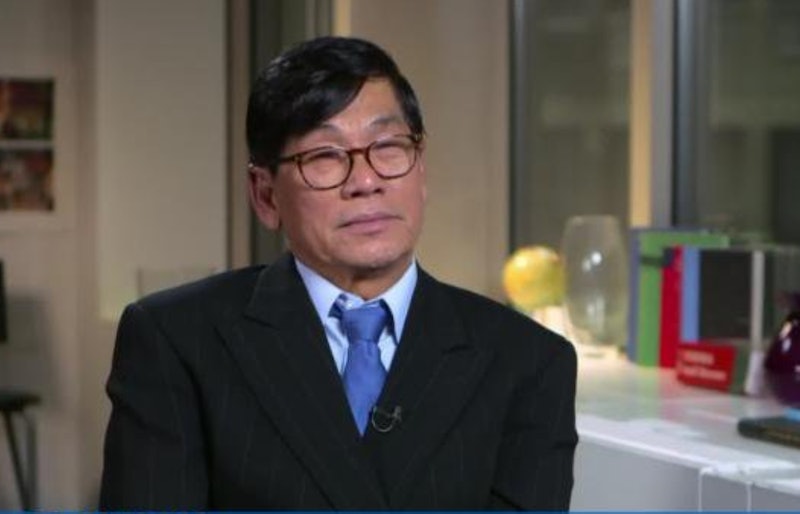 On Tuesday, the physician who was dragged off a United Airlines flight in 2017 gave a public interview about the incident for the first time since it happened. David Dao spoke about the encounter on the United plane in an interview with ABC News' Good Morning America, and how he felt about the national attention that it received.

According to CNN, the violent incident left Dao with a concussion, two broken teeth, and a broken nose. But Dao told ABC News that he did not have a recollection of the incident until someone showed him a video recording of it. "I just cried," Dao said to ABC News, when he saw the video.

As a result of the national scrutiny that the incident sparked, Dao said that he felt compelled to take cover from the public eye. "I [stayed] for months, months in [the] house," Dao told ABC News. Now, two years later, Dao said in the ABC News interview that he did not harbor any negative feelings toward the security officers who dragged him down the plane's aisle.

The incident had left many shocked and enraged. In April 2017, gate agents at the Chicago O'Hare International Airport asked passengers to volunteer to give their seats to United crew members who had to get on another flight in Kentucky.

According to CNN, Dao and his wife had agreed at first to give up their own seats to the crew members. But they changed their decision, per CNN, after they were made aware that the next flight would be taking place after a whole day.

According to Forbes, the United Airlines company offered a compensation of $400 in flight vouchers to any volunteer who would give their seat up for the crew members. When the airline officials asked Dao to give his seat, Forbes reported that the physician refused by saying that he had to go to the hospital for work in the morning.

When Dao refused to give his seat, aviation officers yanked him out of his seat, which resulted in the physician hitting his face against the armrest, per Forbes. A cell phone recording of the incident shows an unconscious Dao bleeding from the mouth. Initially, United Airlines CEO Oscar Munoz called the encounter an issue of "re-accommodating the customers" while describing Dao as "disruptive" and "belligerent," according to CNBC.

Later, however, Munoz backtracked on his comments after further public criticism and condemnation, according to The Associated Press, calling Dao's violent removal "truly horrific." On top of that, the company announced it would no longer involuntarily remove passengers unless there was a safety or security hazard, CNN reported.

Two years later, Dao seems to have a constructive stance on the shocking encounter. "The most important thing is the accident turned out the positive way," Dao told ABC News. "Airline business (is) willing to change policy."

More like this
The Most Powerful Photos From The Weekend’s Abortion Rights Protests
By Melanie Mignucci
Yes, You Can Really Charter Below Deck Med’s New Superyacht, Home
By Brad Witter
The 15 Best Passport Holders
By Megan Gray
16 Cute, Comfortable Walking Shoes
By Lauren Moison
Get Even More From Bustle — Sign Up For The Newsletter