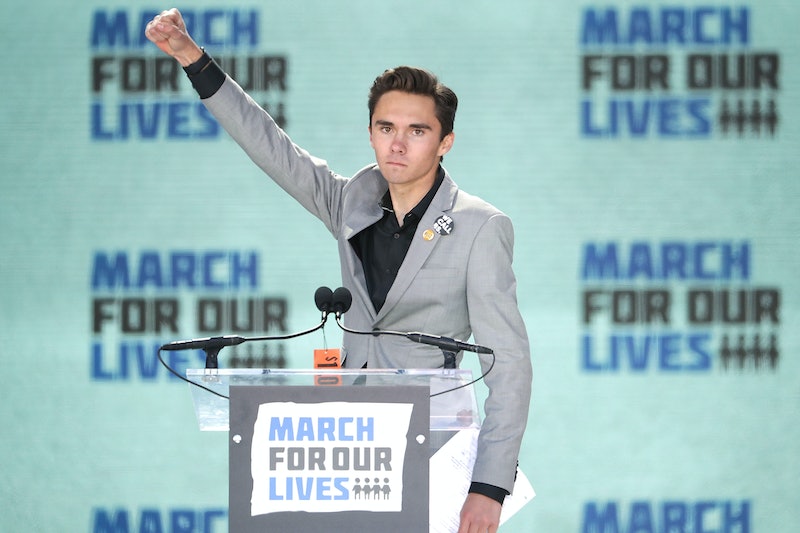 A Parkland shooting survivor and gun control advocate who was once mocked by Fox News host Laura Ingraham for being rejected from multiple universities is finally headed off to college next fall. In what just might be the ultimate comeback, David Hogg announced that his college plans involve Harvard.

"Thank you all for the well wishes, I’ll be attending Harvard in the fall with a planned major in Political Science," Hogg tweeted Saturday.

Hogg is one of a handful of student survivors who, in the wake of a deadly shooting at Marjory Stoneman Douglas High School in Parkland, Florida, have become outspoken activists in a growing student-led gun control movement. Since the shooting Hogg has helped found the gun-control advocacy group Never Again MSD and organize March For Our Lives, which brought hundreds of thousands of people to Washington in March to demand stricter gun laws.

Earlier in the year, Ingraham had mocked Hogg for "whining" about having been rejected from multiple colleges. "David Hogg Rejected By Four Colleges To Which He Applied and whines about it. (Dinged by UCLA with a 4.1 GPA… totally predictable given acceptance rates.)," the Fox host tweeted on March 28 along with a link to an article from a conservative news outlet.

When college admission decisions began rolling out in March and April, Hogg was open about his experience. "I've been rejected and deferred from a few schools," Hogg tweeted March 15 in response to a Twitter user who'd inquired about his college applications.

"Just got rejected from another college but that's ok," Hogg tweeted a few days later on March 17. "We're already changing the world."

After being rejected from yet another school, Hogg said he was mulling over the idea of taking a gap year. "Thank you for all of your support! After reading many of your comments I think a gap year may be in my future," he tweeted. "I may do some internships and work on midterms (the elections not the tests)."

When Ingraham mocked his multiple rejection letters, Hogg responded by calling on his Twitter followers to contact 12 companies known, at that time, to be top advertisers on Ingraham's show. Hogg urged his supporters to encourage those companies to drop their advertisement deals with Ingraham.

As advertisers began to distance themselves from her — Wayfair, Nutrish, TripAdvisor, Expedia, Nestle, and Hulu all said they'd no plans to buy more ads on the show — Ingraham moved to apologize. "On reflection, in the spirit of Holy Week, I apologize for any upset or hurt my tweet caused him or any of the brave victims of Parkland," she tweeted March 29. She added that "any student should be proud of a 4.2 GPA — incl. @DavidHogg111."

But Hogg isn't the only Parkland survivor who plans to head to Harvard next year. March For Our Lives co-founder Jaclyn Corin was also accepted to the private Ivy League university. "HARD WORK PAYS OFF #HARVARD2023???," the Parkland survivor tweeted earlier this month alongside a screenshot of her acceptance email.