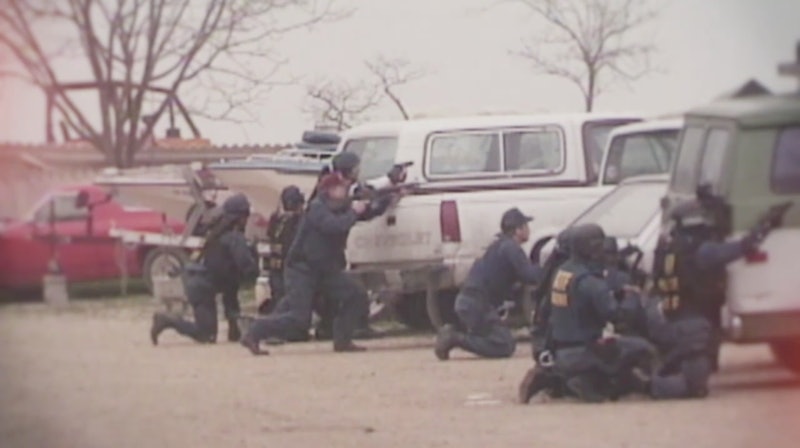 Like the life he led, the death of David Koresh is shrouded in mystery. The self-proclaimed prophet and leader of the Branch Davidian cult died in Waco, Texas during the infamous standoff with FBI. The events leading up to the 51-day siege will be questioned and reexamined in the new documentary Truth and Lies: Waco, which airs on Thursday, Jan. 4 (9 to 11 p.m. ET) on ABC. But how did David Koresh die? The exact circumstances of his death are still unclear, 25 years later.

Born when his mother was only 14 years old, the native Texan joined the Branch Davidian sect after being expelled from the Seventh Day Adventists, according to Frontline PBS. CNN.com reported that Koresh quickly became involved with the leader of the Davidian sect at that time, Lois Roden. Under Roden's wing, Koresh rose to prominence within the group. Former member of the Branch Davidians, Kathy Jones, told CNN.com of Koresh:

"I remember in the beginning, everybody was just, 'Oh, he's crazy, you know, he's this and that, that's all I heard. And then all of a sudden people were saying, 'We're listening to him. He has a message.'"

Soon Koresh began gaining his own followers with his prophetic teachings. According to the same CNN article, Koresh claimed to have the ability to unlock the Seven Seals of Revelation, passages of symbols in the Bible that are believed to reveal the events leading up to the apocalypse. Part of his message was sexual: Koresh believed that he alone retained the right to sleep with any woman God ordered him to, while the other male members of the Davidians were to practice celibacy.

And Koresh allegedly didn't limit his sexual relations to adult members of the group. The New York Times reported that "girls as young as 11 were given a plastic Star of David, signifying that they had 'the light' and were ready to have sex with the cult leader" and Koresh often took wives who were underage.

The apocalyptic aspect of Koresh's Branch Davidians led to violence. The cult members believed that they should prepare for impending end-times by forming an "Army for God", as those who were non-believers would be cut off from the paradise the Branch Davidians would ascend to, according to CNN. The members began stockpiling weapons in the Mount Carmel compound outside Waco, Texas. 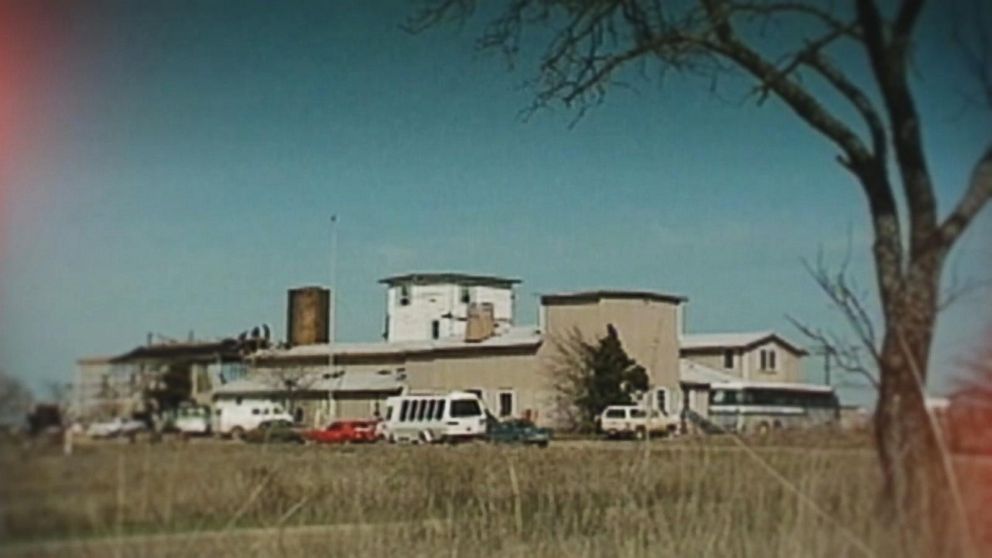 Agents of the Bureau of Alcohol, Tobacco and Firearms suspected in 1993 that the group had amassed an illegal arsenal of weapons, and their initial confrontation at Mount Carmel led to a shoot-out, leaving four agents and half a dozen Davidians dead, according to The New York Times. This first stand-off marked the beginning of a 51-day siege led by the FBI, during which attempts were made to force the members into surrender, including sleep deprivation tactics such as shining floodlights at the compound and playing horrible, screeching noises on a loop, according to the same NYT piece.

When these attempts failed, the FBI resorted to more forceful tactics. On April 19, they flooded the compound with tear-gas. Shooting could be heard from within Mount Carmel, and The New York Times reported that independent investigators claimed that fires, which quickly overtook the compound, were started by the Davidians themselves. When the conflict ended, 76 Davidians were dead, a third of them children, according to the same piece. Koresh was among those who perished. He was 33 years old.

But how exactly did the cult leader meet his end? The New York Times reported that Koresh died of a gunshot wound to the head, before his body burned in the fires that engulfed Mount Carmel. Koresh's skull was broken, and his body was found alone near the kitchen and communications section of the compound. The Los Angeles Times reports that authorities refused say whether Koresh had been killed, or had committed suicide.

Yet that hasn't stopped the media from speculating about the circumstances of Koresh's death. A New York Times report referenced earlier stated that Koresh was one of many members who had been shot by fellow Davidians. Other sources, such as The Los Angeles Times, simply reported that Koresh died of a gunshot wound without offering more specific details. The Oklahoman reported that FBI Agent Bob Ricks believes Koresh's top aide, Steve Schneider, may have shot Koresh before committing suicide himself. The FBI did not fire any bullets during the standoff.

Whatever the circumstances of David Koresh's death, his legacy still holds tremendous power for those who believed his prophecies. 72-year-old Clive Doyle, a Davidian who survived the Waco stand-off, believes that Koresh will soon be resurrected, she told NPR. "We survivors of 1993 are looking for David and all those that died either in the shootout or in the fire," Doyle said. "We believe that God will resurrect this special group."

Koresh might be dead, but for those who still believe, his memory lives on.