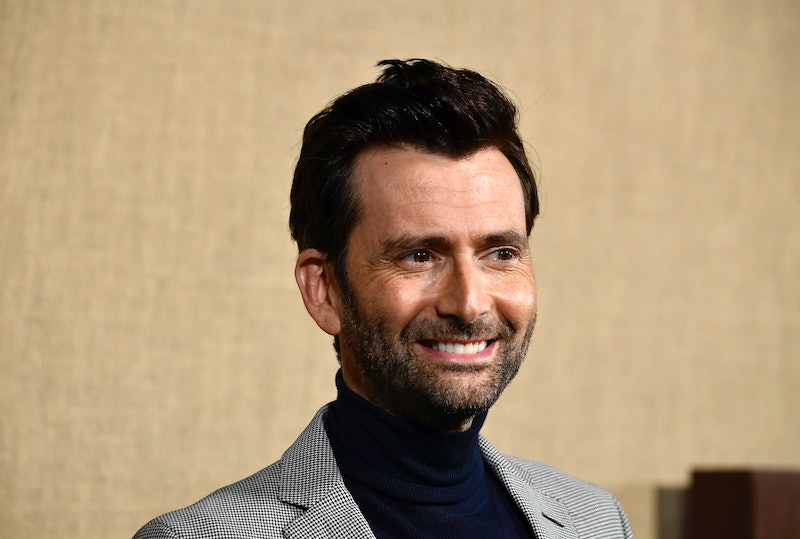 Star of the stage and screen, David Tennant, is about to embark on his latest career move after announcing the debut of his very own podcast. The podcast is appropriately titled David Tennant Does A Podcast With..., and sees the former Broadchurch star chat with a stellar lineup of celebrity guests. However, one guest in particular has already got tongues wagging, as former Doctor Who star David Tennant will interview actress Jodie Whittaker, the current Time Lord, on an upcoming episode of the new podcast.

The Doctor Who alumni will certainly have a lot to discuss, because as well as enjoying a shared history on the iconic BBC sci-fi series, both Whittaker and Tennant also appeared together in the ITV drama, Broadchurch, which concluded after three seasons back in 2017.

In addition to Whittaker, the podcast will also welcome an impressive selection of other guests, and according to Digital Spy, they include Jessica Jones actress Krysten Ritter, another of Tennant's former Broadchurch co-stars (and now Oscar-nominated actress) Olivia Colman, actor Michael Sheen, Canadian comedian and presenter Samantha Bee, Mad Men star Jon Hamm, British acting royalty Ian McKellen and the legendary Whoopi Goldberg. However, guest slots on the podcast aren't only reserved for stars of the screen, because former UK Prime Minister, Gordon Brown, will also be making an appearance. Yes, really.

In an audio trailer for David Tennant Does A Podcast With..., the 47 year-old actor introduced his new project. He said: "Hello, podcast land, it’s David Tennant, perhaps surprisingly I find myself doing a podcast, yes, get ready for it. It’s lots of lovely people dropping by, hanging out and that’s basically it. It’s pretty low concept, but so far, it's sounds rather delicious. Me and some cool people talking and stuff on a podcast. like I said, it’s very low concept."

According to Digital Spy, news of the podcast was first revealed by the actor's wife, Georgia Tennant, who previously past went viral on social media after sharing a snap of her husband changing a light bulb with her father, former Doctor Who actor, Peter Davison — who occupied the famous Tardis between 1981 and 1984. The Instagram post delighted Whovians around the world, and featured a caption that read "How many Doctors does it take to change a light bulb? #sunday."

Although his Dalek-fighting days are long behind him, Tennant did reprise his famous role as the tenth Time Lord last year, alongside former co-star Catherine Tate, who also revisited the character of Donna, one of the Doctor's previous assistants. The pair reunited for The Tenth Doctor Adventures — Volume 3, a boxset of three audio plays from Big Finish.

The audio adventures will be released in May this year, reports Digital Spy, and the trilogy of stories will see the shapeshifting doctor travel back to 1950s London, explore dangerous underwater worlds, and take a journey into the world of reality television. Series producer, David Richardson, spoke of his excitement working on the audio series. He said: "Three box sets in and my excitement about working on The Tenth Doctor Adventures is as strong as ever." This sounds like it's going to be a real treat for any diehard Who fans out there, so be sure to keep your eyes peeled for an exact release date later in the year.