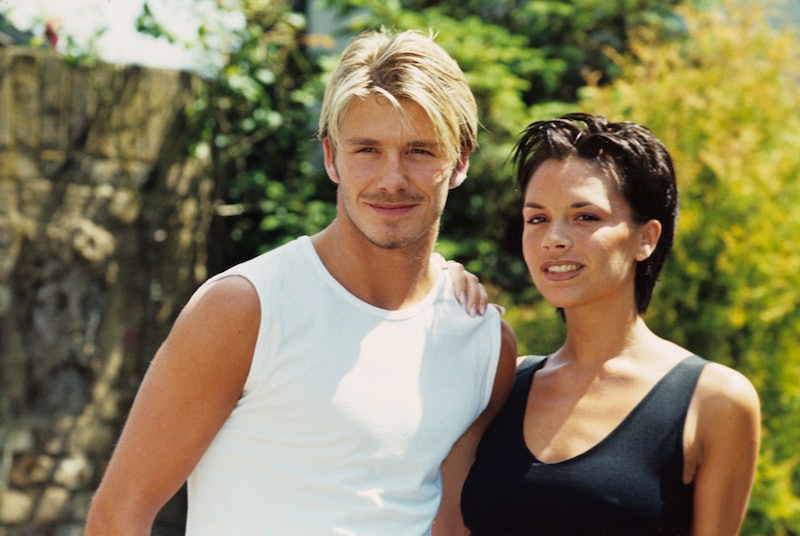 Some call them the media's megastar couple, some call them Posh and Becks, and some just call them Victoria and David Beckham. The couple made history when pop royalty and football royalty merged to create the ultimate super couple. They have since achieved superstar status and gone on to create a dynasty. The media has long portrayed them as the pinnacle of a happy couple and since they've been married for twenty years they've usurped Brangelina and taken the title as the worlds favourite couple. But how astrologically compatible are David and Victoria Beckham?

Whether you're a believer in all things astrological or just like to flick through your horoscope in a magazine, it's fun to think your zodiac sign can sometimes determine personality traits or characteristics. The queen of the dynasty Victoria Beckham was born on April 17, which makes her an Aries. According to Allure, Aries love "to be number one" and their classic traits are that they are bold, ambitious, motivated, and confident. David was born on May 2, which means that he's a Taurus. According to Cosmopolitan, Taureans "are famous for their stubbornness." They are also ambitious like Aries, and they're determined, aesthetic, and patient.

But just how compatible are these two signs I hear you ask? According to astrology site Ganesha Speaks, Aries and Taurus are next to each other in the zodiac and are positioned at the start of it, which means that they have "have an understanding of each other and can connect on an innate level."

Ganesha Speaks argues that, because the two signs are strong-willed in different ways, they make for a beautiful romantic couple, but due to their differences they are not naturally compatible, and so "if they do want the relationship to work for the long haul, they need to be willing to invest in each other and their bond."

Well, after 20 years of marriage, it looks like Posh and Becks have done a pretty stellar job of investing in their bond.

Astrology.com reports that "the partnership is a natural union of love" and because Aries is ruled by Mars — the planet of passion — and Taurus is ruled by Venus — the planet of love — "they represent the two necessary halves of the same relationship coin." However, "sometimes Taurus can be possessive, which independent Aries won’t tolerate" but it seems like these signs do a pretty great job of balancing each other out.

According to the Astrotwins, professional astrologers and identical twins, an Aries-Taurus union is pretty fiery and, writing in Elle, they seen a little uncertain as to whether these two signs are compatible. Agreeing with Astrology.com, the Astrotwins note that "issues can arise if Taurus grows too possessive or tries to tame independent Aries" and "aggression, however uncivilised, is part our Darwinian natures. It certainly is for your [Aries and Taureans] — who possess an arsenal of steamrolling tactics, from doe-eyed charm to old-fashioned philistine strong-arming. No weak-willed mate will survive [an Aries'] natural selection process."

Wow could Posh and Beck's relationship really be as fierce Elle predicts? If this is true, Posh and Becks have seriously defied the odds. While other super couples like Branglina and TomKat broke down, the Beckhams have reigned supreme and have proven that, despite some experts thinking their signs are too fiery to be compatible, they are truly the ultimate couple goals.

More like this
4 Surprising Celeb Throuples That Got The Internet Talking
By Sophie McEvoy
Vanessa Bauer Is Reportedly Dating Her 'Dancing On Ice' Partner
By Darshita Goyal
Molly-Mae & Tommy Fury Revealed Their Baby Girl's "Really Unusual" Name
By Sophie McEvoy and Sam Ramsden
Joey Essex Is Rumoured To Be Dating A 'Love Island' Favourite
By Sam Ramsden
Get The Very Best Of Bustle/UK
Sign up for Bustle UK's twice-weekly newsletter, featuring the latest must-watch TV, moving personal stories, and expert advice on the hottest viral buys.