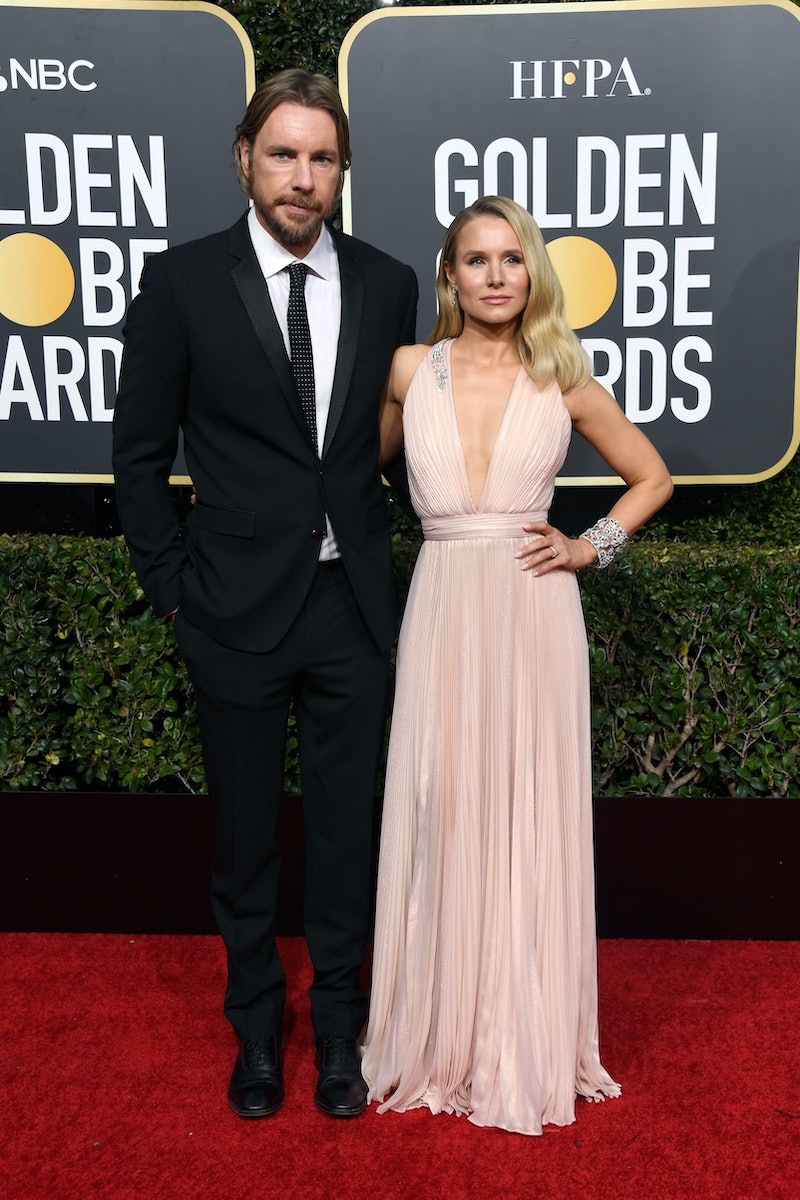 Just when fans think that Kristen Bell and Dax Shepard's relationship can't get any sweeter, the couple drops a new detail about their history together that makes it clear that they're so meant to be. In a new episode of his Armchair Expert podcast, Shepard said he originally passed on Parenthood to be with Bell, but obviously, it all worked out in the end anyway, and he still got the role of Crosby Braverman and ended up married to the Good Place star.

While talking to guest Chris D'Elia, Shepard revealed that when he was first offered the role, Parenthood was being filmed in Philadelphia, which would have put him very far away from Bell's home base in Los Angeles. He didn't feel like it was the right time for him to be in a long distance relationship with her, so he turned the show down. He said:

“Just recently for me — Kristen was the first person [that] a few years in, basically that choice was presented to me and I chose her which blew my mind. I got offered Parenthood — I hadn’t acted in a long time, no one was offering me anything and they said, ‘This show shoots in Philadelphia’ and I said, ‘There’s no way I can be in this relationship and move to Philadelphia.' I turned that show down — which, by the way, is certainly the first time in my life that I had ever done that… I couldn’t believe I was doing it.”

He admitted that living in Philadelphia did seem appealing to him, and he really wanted to be able to take the role, but he just couldn't sacrifice his relationship with Bell. And then, everything changed. Shepard said they ended up moving it because he assumed that several of the actors said they'd do it if it wasn't in Philadelphia, and apparently, that was enough for the production to totally change gears.

Parenthood started filming in Los Angeles instead, which meant that Shepard could be near Bell and take the role of Crosby, which ended up being one of the biggest of his career as well as one of his most memorable. "You make a decision like that, and weirdly you're rewarded," he said. "Then it comes back to LA."

It's hard to imagine Parenthood without Shepard — or anyone else in the role of Crosby — and it's hard to imagine him or Bell married to anyone else, so it does seem like everything worked out exactly how it was supposed to. It's not often that things fall into place like that, but in this situation, Shepard followed his heart and let everything work itself out from there.

After spending more than 10 years together, it makes sense that there are so many stories from Bell and Shepard's past like this one that just keep surfacing. Both Parenthood and Bell definitely seem like they were meant for Shepard, and it's good to hear that this story in particular had a happy ending.