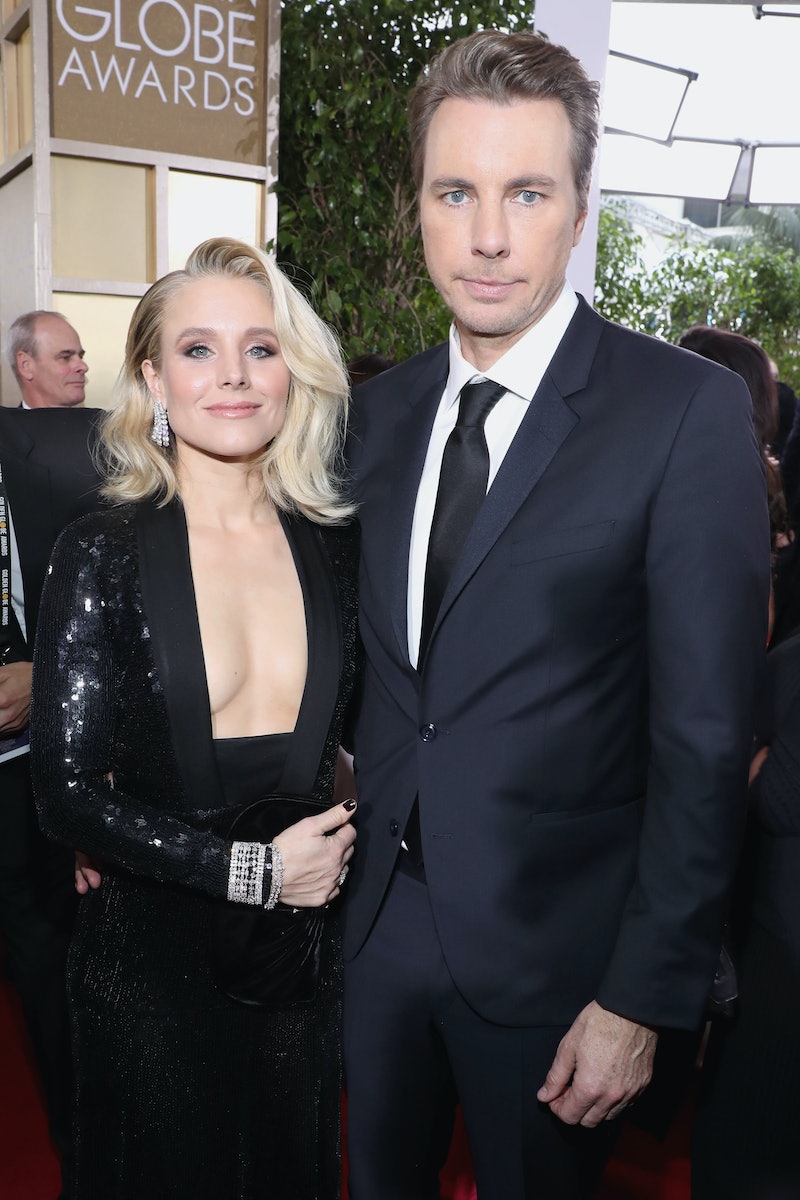 Kristen Bell and Dax Shepard are one of Hollywood's sweetest, and most hilarious, couples. The key to their #couplegoals status? The actors are each other's biggest supporter, particularly when it comes to some pretty serious subjects. During a recent discussion about their marriage, Bell opened up about celebrating Shepard's sobriety birthday, as BuzzFeed noted, and explained exactly why it's important to mark the milestone every year.

Bell and Shepard spoke with People in an article published on March 23, where they discussed everything from being parents to their two daughters, Lincoln and Delta, to how they support one another by celebrating some big milestones. The Good Place actor, in particular, praised her husband, who celebrated 14 years of sobriety in September 2018, for how dedicated he's been to staying healthy. She told the publication:

“I know how much effort has to be put into staying sober. I don’t mean that to be like, I come home and see him shaking and looking at a whiskey ad or something, [but] there are different elements you have to deal with when you’re staying sober."

“It’s a ton of mental control and evolution,” she added, praising her partner's lengthy sobriety journey. Prior to the pair's latest, joint interview, Shepard has been open about his battle with addiction in the past, specifically saying that it was an incredibly difficult and "toxic" situation that he's grateful he got out of. So, it's nice to see that Bell has put such a positive focus on his journey.

Additionally, Bell and Shepard described to People the lovely way that they celebrate his "sober birthday" together. In fact, according to the Parenthood actor, his wife puts on an even bigger celebration for that milestone than his actual birthday. He said that she “spoils the hell out of me," and continued, throwing in a bit of humor about the situation, “The nicest presents she’s gotten me are always on my sober birthday. In fact, my real birthday … still haven’t gotten a present!”

As for Bell, there's a beautiful sentiment behind the Frozen star's penchant for showering her husband with gift's on his "sober birthday." She said:

“I’m very happy he was born so I celebrate his birthday, but I’m extraordinarily [happy] that he has stayed sober because that’s what allows me to have him in my life as a husband and as a father."

As previously mentioned, this isn't the first time either Shepard or Bell has opened up about his past with addiction issues. Back in September 2018, in honor of his 14th anniversary of being sober, the Bad Moms star wrote a lovely message on Instagram in honor of her husband's special day. She wrote, "I know how much you loved using. I know how much it got in your way. And I know, because I saw, how hard you worked to live without it." Bell continued:

"I love you more than I ever thought I could love anyone, and I want you to know, I see you. I see how hard you work. You set an excellent example of being human. Happy 14th year sobriety birthday."

In their latest interview with People, Shepard addressed his wife's message. While he joked about the overwhelmingly positive response she, in particular, received for it, he also commented that it "was crazy sweet,” and that he "loved it.”

If you didn't love this couple before, seeing how much they support one another's most meaningful accomplishments will definitely highlight exactly why Bell and Shepard are one of the sweetest and strongest pairs in Hollywood.

More like this
Stormzy Made A Passionate Speech About The Importance Of Diversity
By El Hunt
Kim Kardashian Reveals Her Response To Kanye’s Fashion Opinions
By Jake Viswanath
Stanley Tucci & Felicity Blunt’s Relationship Timeline Might Make You A Little Hungry
By Jake Viswanath
Who Is Nick Cannon Dating & How Many Kids Does He Have?
By Jordyn Tilchen and Radhika Menon
Get Even More From Bustle — Sign Up For The Newsletter