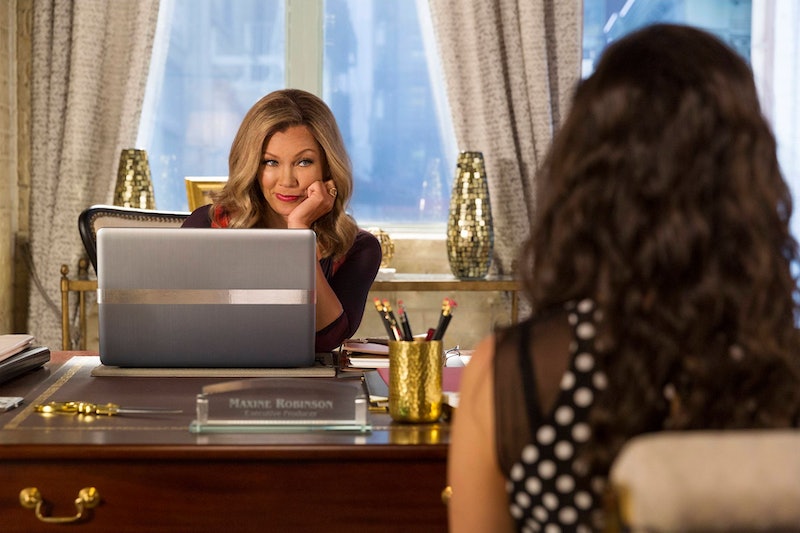 At the onset of her new VH1 show Daytime Divas, Vanessa Williams proves that true talent is timeless. At 54, the entertainment vet is not the least bit worried about the fact that Hollywood is an image-obsessed business. Nor should she be. Recently portrayed in Ryan Murphy's Feud, age can be a huge source of conflict (and point towards a lack of roles) for females in the industry. But Williams doesn't concern herself with the nonsense. "I can be on stage, sing my songs, tour," she tells me on the DD set in Los Angeles. "I’m not that concerned with aging out." But after being in the business for over three decades, there was one of her shows that changed her mindset, and the whole game, regarding Hollywood ageism.

Williams says the topic is "hit on the head" in the first Daytime Divas episode, premiering June 5. Ageism may still be an issue, but according to the star, it's changed significantly. A little show called Desperate Housewives (2004-2012) in which Williams played Renee Perry, helped do that. "I remember I was in my late thirties and I saw all these women that were my age doing an amazing job getting incredible numbers and being a sensation," she says. "That was when people assumed 37 was your max and you stop playing mothers, so get ready to wander off into the end of your career."

"Seeing that spawned all the networks to say, 'We’re gonna embrace age,'" Williams explains. At the end of the day, programming is about money. "They realize that women love to watch women. I’m watching Feud right now, which is phenomenal. When Ryan Murphy thinks, ‘I need somebody,’ they call people that are worthy," she says. In addition to stars Jessica Lange and Susan Sarandon, Williams applauds inspiring performers like Chita Rivera. "I just saw her in Miami last week and she’s 84. There’s plenty of years for me to work and that doesn’t change anything."

Female characters like those in Desperate Housewives are simply timeless. "People connect when they can see themselves in a specific role, just like Sex and the City," she says. "‘Who are you? I’m a Samantha, etc.’ People love to be able to say, 'This is my group and this is who you are.'"

I speak with some of Williams' DD co-stars who shed light on their experience with ageism. 40-year-old Camille Guaty says she was basically "walked off a show" when she was younger because of an older actor. "She was my partner in crime and literally sabotaged me," Guaty recalls.

Tichina Arnold admits she feels it, at 47. "People pay attention to looks. Show business is visual. You don’t get past [that] until you get their attention with the acting," she says. Fiona Gubelmann notices it with behind-the-scenes players like producers or network executives. "People literally just won’t hire you based on your age," the 37-year-old says. "Casting directors have said we need to take our age off IMDB."

But with game-changers like Desperate Housewives and the new Daytime Divas, stigmas around age are dissipating.

"You have to think about what this person wants and why they are giving you the grief they have," Williams says. "Most of the time, it’s insecurity and you have to feel some kind of sympathy towards their story."

Williams shares great advice: never be ashamed of talent or success, regardless of age. "You can’t help the way you are. You can’t help how talented you are."

And she'll keep on walking the walk, and rock whatever stage she chooses to grace.