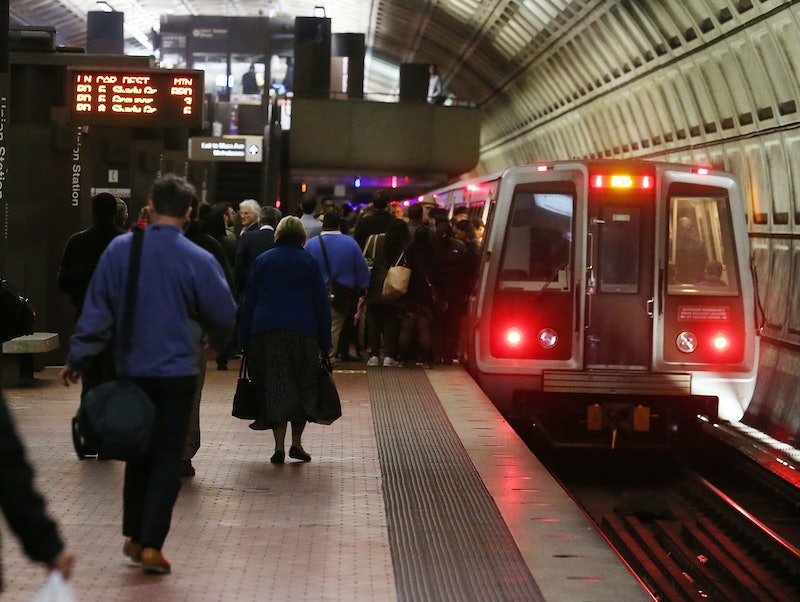 The Washington Metro's largest union has made clear that it won't abide special treatment for rallygoers at the upcoming "Unite the Right" anniversary event in D.C. After Metro's board chairman confirmed last week that he was considering providing separate train cars for white nationalists marking the one-year anniversary of the fatal Charlottesville, Virginia rally, the union released a statement asserting that it would have nothing to do with that proposal.

"We’re just trying to come up with potential solutions on how to keep everybody safe," Metro Board Chairman Jack Evans told The Washington Post on Friday, adding that a final decision hadn't been made. The following day, he told The Post that Metro would not provide a private train or train car for anyone.

Amalgamated Transit Union (ATU) Local 689 said in a statement provided to ThinkProgress that it believed a hate group with ties to the Ku Klux Klan would be given three private rail cars and a police escort while traveling to the "Unite the Right" rally.

"More than 80% of Local 689’s membership is people of color, the very people that the Ku Klux Klan and other white nationalist groups have killed, harassed and violated," the union said in its statement, as quoted by ThinkProgress. "The union has declared that it will not play a role in their special accommodation."

The same group that organized last year’s rally in Charlottesville is planning the Aug. 12 demonstration in D.C. The Charlottesville protest resulted in the death of one counter-protester who was struck by a car driven into the crowd. Two state troopers were also killed when their helicopter circling the protest crashed.

Jason Kessler, one of the rally's organizers, requested a special permit back in May to hold a “white civil rights” rally in Washington’s Lafayette Square. The possibility of providing private train cars for rallygoers reportedly grew from officials' concerns that the demonstration would again turn violent.

“We’re not trying to give anyone special treatment,” Evans told The Post. “We’re just trying to avoid scuffles and things of that nature.”

As Black Lives Matter activists plan a counter-protest for the same day, it's possible they'll be on the same trains as white nationalists headed to the rally. Evans said the police response for Sunday will likely be finalized later this week, but there could be an increased police presence aboard Metro trains.

Although DC Metro didn't confirm why it ultimately decided against the proposal for private train cars, the local transit union was vocal about its opposition to the plan.

“Local 689 is proud to provide transit to everyone for the many events we have in D.C. including the March of Life, the Women’s March and Black Lives Matters,” ATU Local 689 President Jackie Jeter said in the statement provided to the local ABC7 station. “We draw the line at giving special accommodation to hate groups and hate speech.”

Jeter also cited a recent court case that allowed Metro to ban “issue-oriented” advertising, asserting that it would be "hypocritical" for Metro to now offer special treatment to a hate group.

After Metro backtracked on the proposal for separate train cars, the focus turned to ensuring that everyone can safely travel to and from the rally and the counter-protest.