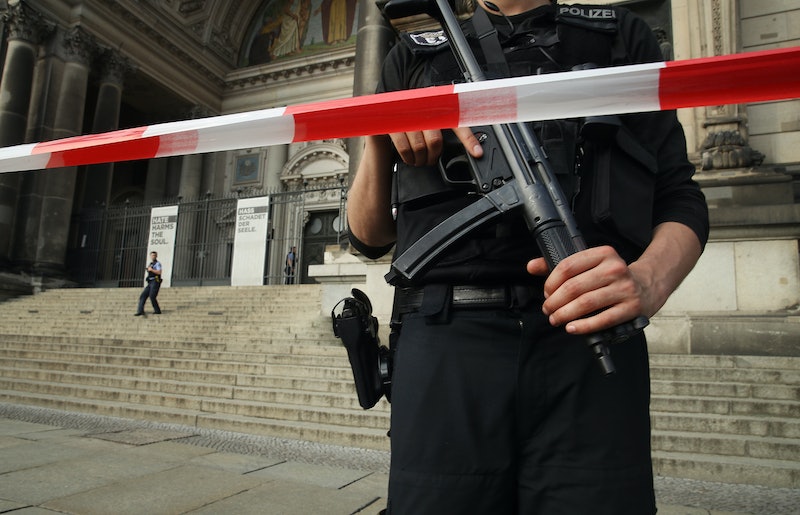 Over the years multiple studies have shown significant evidence to suggest that carrying a gun or having a gun in your home actually increases your odds of being shot and potentially killed. But now, a new study has found that fatal police shootings are more likely to occur in states where gun ownership is the highest.

"In the high-gun states there were 499 fatal police shootings, while there were 138 in the low-gun states," a press release from the Harvard T.H. Chan School of Public Health noted.

But as noted in the Harvard T.H. Chan School of Public Health's press release, the researchers behind the study have been careful to emphasize that their work did not examine whether fatal police shootings were justifiable or preventable. Nor did the study's findings detail whether the civilians involved in such shootings were armed, unarmed, a threat, not a threat, or had committed a crime.

According to The Washington Post's Fatal Force database, police in the United States have fatally shot 756 people so far this year. And while that still sounds like a large number, data gathered by The Post shows that, as of last week, that's nine fewer fatal police shootings than had been recorded at this same time last year. However, by the end of 2017, 987 people were shot and killed by police, a slight jump from 2016, when police fatally shot 963 people.

"Police in the U.S. are at much higher risk of being killed on the job than police in other high-income countries," Hemenway said. "Virtually the only way U.S. police are killed is with guns. In states where more civilians have guns, police may have more encounters with people who are armed, or who police fear may be armed. In these situations, police, rightly or wrongly, may feel more need to protect themselves."