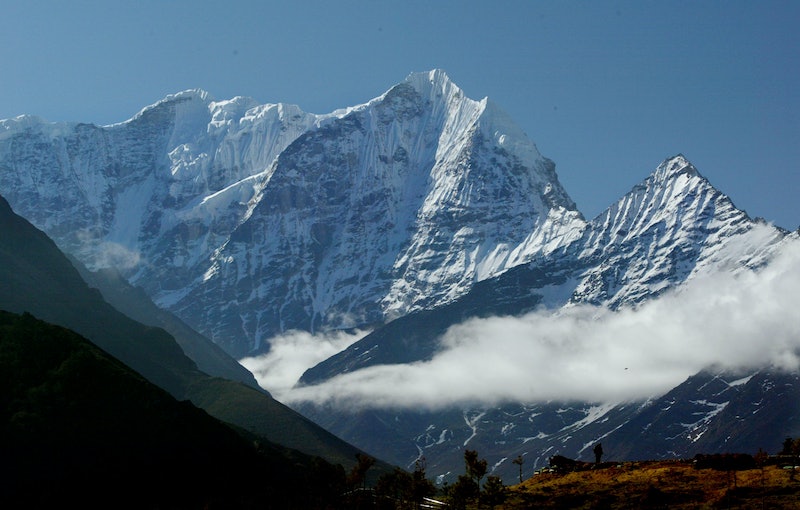 Another climber died on tallest peak in the world over the weekend, and reports of crowded conditions — including from the deceased climber himself — point to this contributing to the number of deaths. The latest of many deaths on Mount Everest ocurred Saturday, bringing the total number of deaths this year to nine, CNN reports. Robin Haynes Fisher, a British mountaineer, was at 8,600 meters above sea level and reportedly died of altitude sickness.

Fisher acknowledged the crowding in an Instagram post about a week ago. "I am hopeful to avoid the crowds on summit day and it seems like a number of teams are pushing to summit on the 21st," the climber wrote on May 19. "With a single route to the summit, delays caused by overcrowding could prove fatal so I am hopeful my decision to go for the 25th will mean fewer people. Unless of course everyone else plays the same waiting game."

Not everyone agrees with Fisher's assessment, though. Danduraj Ghimire, director general of Nepal's Tourism Department, has told the news network that crowded conditions have not played a role in the deaths.

Photos from this week do show a line of people waiting to make it up to the summit, and mountaineering experts told CNN that the altitude of 8,600 is considered the "Death Zone." Many people die on their way down down from the summit, which is where Fisher died.

Fisher also commented on two of the recent deaths in his post, one from India and the other from Ireland. "Both deaths happened above 8000m in the so called death zone where the majority of deaths of foreign climbers happen," Fisher wrote.

In a prior post, Fisher had posted about the oxygen he would need in the death zone. "Completed oxygen training which we will use in the so called death zone, above 8000m," Fisher posted with a selfie of himself wearing the oxygen mask. "I have 8 bottles, each weighing 4kg when full that the Sherpas have thankfully already shipped up the mountain to our advanced camps."

One expert told CNN that some of the deaths were likely due to running out of oxygen. "These deaths were entirely preventable," Mountain guide Adrian Ballinger told CNN. "And they were due to this lack of judgment on a difficult season with difficult weather."

Running out of oxygen may have played a role. "He was 150 metres below the summit when he suddenly fell down," said Murari Sharma of Fisher's expedition company told The Himalayan Times. "Our sherpa Jangbu tried to wake him up him and change his oxygen bottle and tried to give him some water but there was no response."

Euronews reported that some think Nepal should limit the number of people who are allowed to an attempt a climb, to prevent crowding and ensure safer conditions. The permits cost about $11,000 and there were 381 issued this spring, according to the news website.