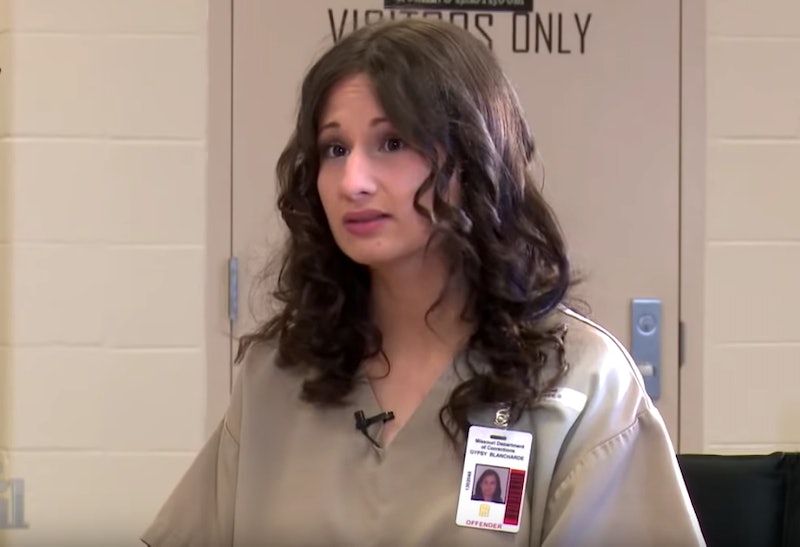 Back in June 2015, a post was shared to Gypsy Rose and Dee Dee Blanchard's joint Facebook account. "That B*tch is dead!" the post, which is still up, reads. Gypsy later told ABC News she wrote it so that someone would find her mother, Dee Dee's, body, because she "couldn't stand the thought of her just there" or that it might take months for someone to discover her. Ultimately, this is what led police to Gypsy, too: they traced the IP address of the post to the Wisconsin home of Gypsy's then-boyfriend, Nicholas Godejohn, and the two were arrested.

Today, Gypsy is serving out a 10 year prison sentence for orchestrating her mother's murder. Godejohn carried out the actual killing and was sentenced to life in prison without parole. Experts now believe Dee Dee had Munchausen syndrome by proxy, a disorder in which a caregiver fabricates or induces an illness in someone under their care, as Gypsy has said she was raised to believe she was disabled and chronically ill. This garnered charitable donations and press attention for the Blanchards; when it was revealed Gypsy was actually healthy, their friends and neighbors were shocked.

The Facebook post came on June 14, a few days after Dee Dee's murder. "The whole point of the post was I wanted her found," Gypsy told Dr. Phil about why she and Nicholas made the post on Dee Dee's own page. When Dr. Phil asked why Gypsy didn't call the police from a pay phone and ask them to check on the house, she replied that she "wasn't that smart."

In another interview, Gypsy told BuzzFeed that she wanted to post "something alarming that would make people call the police." She claimed that Godejohn came up with the actual wording.

It didn't initially work as intended. Dee Dee's Facebook friends thought she'd been hacked or was just watching a scary movie. So Gypsy posted a second, more alarming comment in the thread. That one is no longer up on the Facebook page, but per BuzzFeed, it reportedly read, "I f*cken SLASHED THAT FAT PIG AND RAPED HER SWEET INNOCENT DAUGHTER…HER SCREAM WAS SOOOO F*CKEN LOUD LOL."

That got people's attention. Concerned friends started reaching out to police and volunteering to check on Dee Dee and Gypsy themselves. Eventually, the police got involved, and that's when they found Dee Dee's body.

The Facebook page has since been turned into a memorialized account, but several posts remain live. The header image is Gypsy in her wheelchair, dressed as a Star Wars character. There are actually several images of Gypsy's cosplay, including one of her dressed as Cinderella and another in a red wig and crown.

There is also a post expressing excitement about Disneyland's proposed Star Wars attractions, as well one praising the at-home administration of nutritional IVs. (Gypsy used a feeding tube at the time.) Here and there you can spot a comment from "Dee Gyp," the joint name given to the account. "THANK YA'LL, SENDING LOVE AND HUGS TO ALL," one comment reads on the Star Wars cosplay picture.

It would be a completely ordinary Facebook page if not for that chilling post about Dee Dee being dead that rests at the top of the feed. The comment thread captures the roller coaster of confusion people felt when they learned the truth. There's sheer panic from friends at the start, but as news developed and Gypsy's involvement was discovered, people were in shock at the depth of deceit. No one can comment on the post anymore, but the final comment is a fitting wrap-up to a complicated story. It's a link to a news story with the headline, "Sheriff: 'She can walk,' daughter in murder case suspected of fraud."