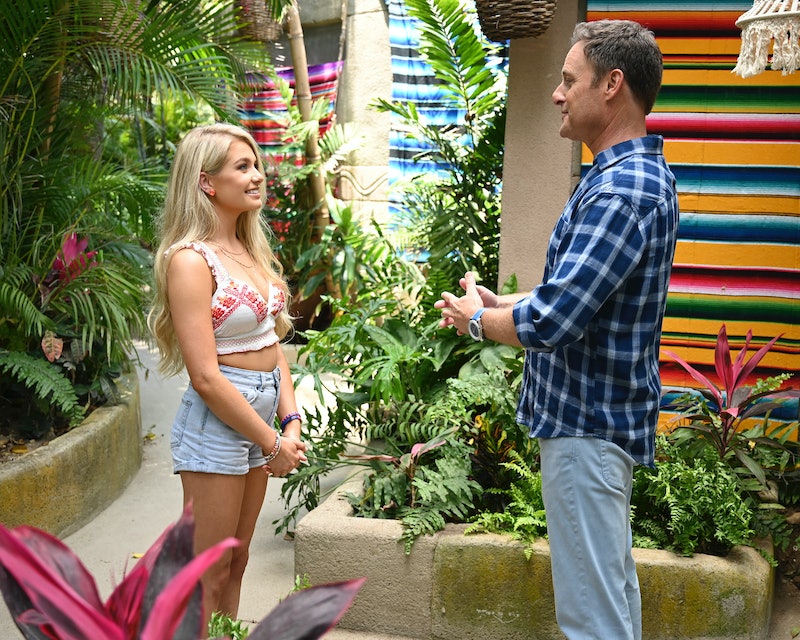 Since Demi first stepped out of the limo on Colton's season of The Bachelor, she's been all about sassy comebacks and cracking jokes. But on Tuesday night's episode of Bachelor In Paradise, Demi's speech showed off a new, more vulnerable side of her. And from fans on Twitter to fellow Bachelor Nation alums, everyone was supporting her.

It all started when Demi decided she wanted to open up to Katie about something important to her. She started off by explaining she's been dating a woman back home who she still has feelings for — which has been teased in previous BiP promos — but she's still trying to figure out who she is and "what's going to make [her] heart the happiest."

Demi also admitted that she was worried people would change their minds about her once they found out that she was interested in both men and women, and that she only recently became comfortable enough to tell her parents (who fortunately took it very well, according to Demi).

But for Demi, learning more about herself meant putting down her walls while she was in Paradise, which was no easy task.

"Being here, I'm figuring so much out about myself. I am tired of being tough Demi. I'm tired of being 'Demi God.' Demi God is like a shield. There's another person in me, there's layers to me, and I've been so embarrassed of them for no reason. My whole life, just wanting to be strong and tough, and this is about me embracing that side of me and showing that side of me and knowing that it's okay."

Katie was totally supportive, and Demi's family still has her back — as she tweeted while this moment aired, she and her stepmom were both crying watching it the show at home.

And now, fans and Bachelor/ette alums are following suit, tweeting about how much they love Demi and this moment. Her fellow BoP costars were quick to chime in, including Kristina, Onyeka, and Nicole.

And fans seemed to feel the same way, tweeting an overwhelming amount of positive messages Demi's way. People are seriously rooting for her — not that they didn't before, of course, but seeing this side of her is really taking it to another level.

Others were feeling emotional about how sweet Katie and Demi's moment was.

And others were really loving how open she was about who she is.

It's hard to imagine what opening up about something so personal must have been like for Demi — especially on national television — but she's always been brave, even while letting go of what she thinks of as her "shield." Demi's sass is what made many fans fall in love with her in the beginning, but now, her willingness to be vulnerable is making them adore her more than ever before.