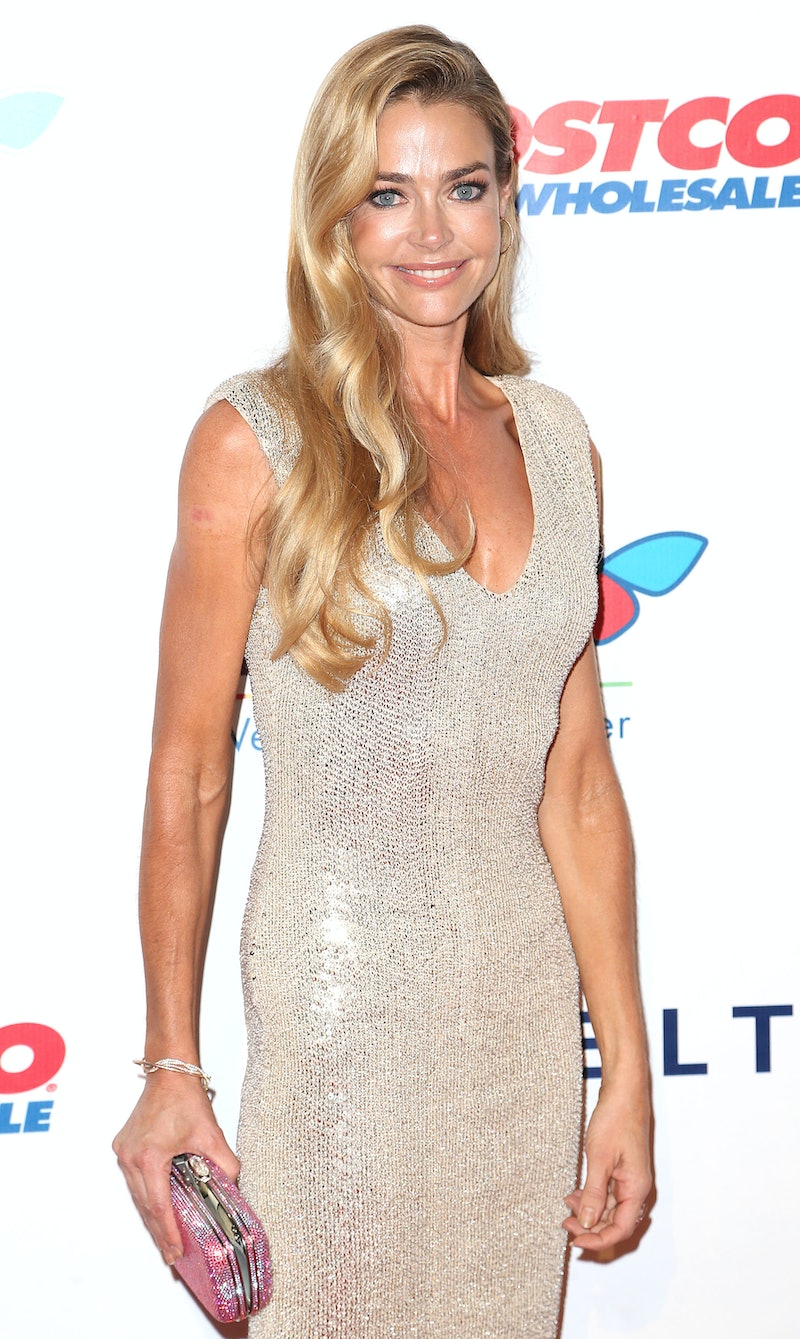 There's a new diamond ready to sparkle up the 90210 zip code. Denise Richards is joining The Real Housewives of Beverly Hills, the actress confirmed to People on Wednesday, August 8.

“I am so excited to join the cast of [RHOBH] as I am a huge fan of the show," she told the magazine of signing on for the ninth season of the Bravo franchise that most recently starred Lisa Vanderpump, Kyle Richards, Lisa Rinna, Erika Girardi, Teddi Mellencamp Arroyave, and Dorit Kemsley.

As People pointed out, the new Richards in town is already friends with Kyle — who, despite sharing her last name, is no relation — as well as fellow actress Rinna. Even so, the mom to daughters Sam, 14, Lola, 13 (with ex-husband Charlie Sheen), and Eloise, 7, added she's "looking forward to spending time with all the ladies."

She also told People that one encounter, however, is already on her Housewives bucket list: "hopefully meeting Boy George!!” The ’80s pop icon, of course, has appeared on the show as a close friend (and sometimes houseguest) of Dorit and her husband PK, who acts as the singer's manager.

After the news broke, Bravo's Andy Cohen tweeted he's "very excited" to welcome Denise Richards to RHOBH and that he can't wait to watch what happens when she makes her debut later this year. "This is gonna be GREAT," he wrote.

Cohen previously commented on the casting rumor that had been swirling for years. "I love Denise Richards," the Watch What Happens Live with Andy Cohen host said in a recent interview with Entertainment Tonight. "Wouldn't it be so cool to see Denise Richards as a Housewife? ... It would be great."

Although first known for her bigscreen roles in films like 1998's Wild Things, 1999's Drop Dead Gorgeous, and as a "Bond girl" in The World Is Not Enough, the same year, RHOBH's newcomer is no stranger to reality TV. She previously starred in E!'s docuseries Denise Richards: It's Complicated for two seasons beginning in May 2008 and had been in talks to join Real Housewives for years, though "the timing was never right," as a source told People. Until now, that is.

"She’s a huge Housewives fan and watches all of the shows," added People's insider. "Producers needed to shake the dynamic of the show up after a season without much conflict. She’s going to be a great fit. She’s not afraid of the drama. And she lives a glamorous, Hollywood life — which the show looks for."

Housewives fans had some clues she might join the series prior to the announcement, thanks to pals Jerry O'Connell and his wife Rebecca Romijn. In a July interview with E! News, O'Connell hinted Richards had a "new endeavor" that he and Romijn (along with Richards' boyfriend Aaron Phypers) recently celebrated on a double date.

Romijn also posted an Instagram photo of the meal on July 26 that indicated Richards has already begun filming RHOBH. "Such an exciting day having lunch with @DENISE_RICHARDS and her hot bf @AaronPhypers on the day before her new endeavor (wink wink) Break legs and have fun! Xo," Romijn captioned the shot.

Once Richards finally confirmed the news herself, excited fans on Twitter had one wild thing after another to say about the newest Bravolebrity. Many users celebrated by busting out their favorite GIFs, with one hilariously sharing images of Rinna performing Erika Jayne's "Painkillr" on a cast boat trip from Season 7.

Others have already chosen Denise Richards' Housewives tagline, courtesy of her Drop Dead Gorgeous character Becky Ann Leeman: "Oh my God, lights, camera and me without a stitch of makeup on! ”

Some fans predicted Richards could become a Housewives GOAT, with one comparing her to Real Housewives of New York City alum Aviva Drescher, who once threw her prosthetic leg.

While a few viewers couldn't wait for more drama, others hoped the Denise Richards could keep the peace.

Now that Richards has officially earned her diamond, it remains to be seen if she'll be the girls' best friend. Either way, fans are clearly excited to tune in and watch the story unfold.