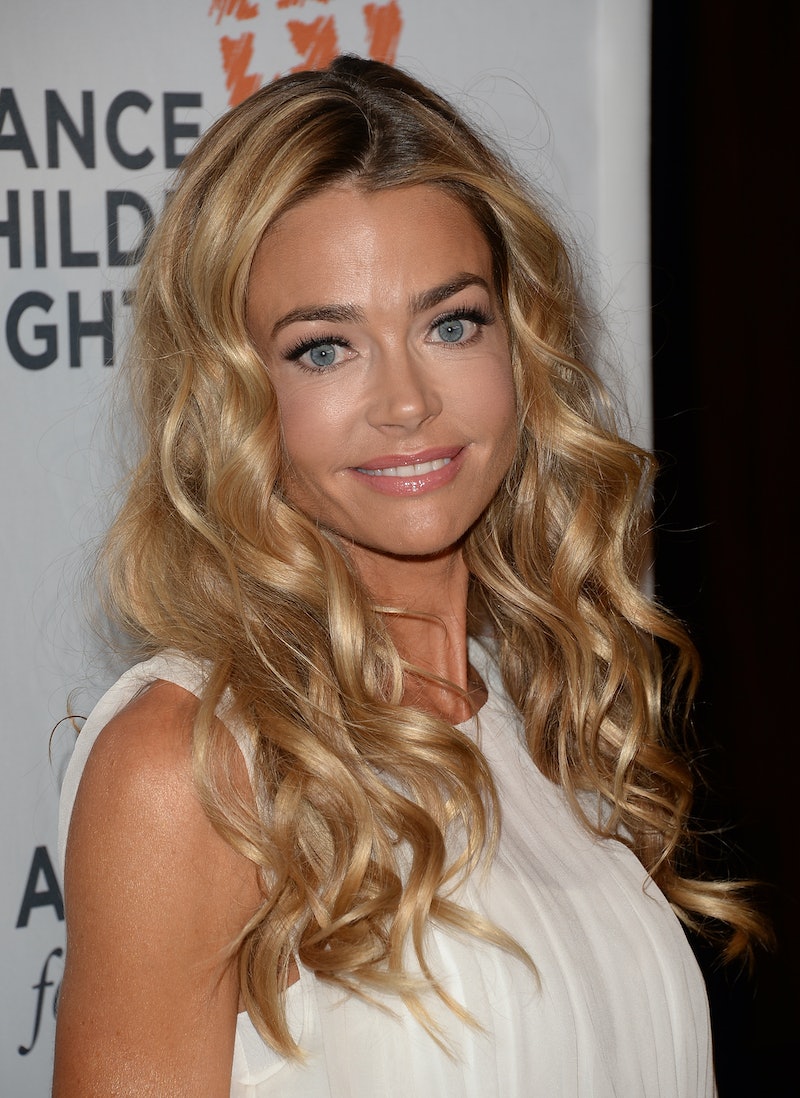 Despite being a hugely accomplished Hollywood star, one thing that always remains at the forefront of everyone's mind when it comes to Denise Richards is her highly-publicized marriage to Charlie Sheen. While it would seem that constantly being asked about her ex would get annoying given that they've now been divorced for over dozen years, especially in the workplace, Richards actually doesn't mind when Real Housewives of Beverly Hills references Sheen.In fact, the new Bravo star said that she totally understands the curiosity surrounding their relationship and has no problem with it coming up on the show or answering queries about him.

While some women might not want to be constantly reminded of their exes, Richards' stance is definitely relatable as the two share two daughters, ages 15 and 13. And during a recent chat with Us Weekly, published on April 4, Richards explained “I’m used to it, it doesn’t bother me. I understand people are very curious about my relationship with Charlie.”

Although they've had their fair share of drama along the way, Richards and Sheen have managed to keep a pretty close knit relationship as both co-parents and friends who've, at times, raised their young children in a blended family environment. Years ago, Richards famously stepped in to care for Sheen's twin boys, now 10, with ex-wife Brooke Mueller while they dealt with family and personal issues. While things haven't always been rosy, it seems that Richards and Sheen's bond as friends has remained intact.

The two are, in fact, so tight these days that Richards actually reached out to Sheen for advice before she signed-on to become a cast member for Real Housewives of Beverly Hills Season 9. During a recent interview with SiriusXM's Radio Andy, which was shared by E!, the 48-year-old Wild Things star recalled her convo with Sheen during that time, explaining, "I did talk to him about it because as an actor in this business, I respect his opinion too. So I said, 'What do you think?' and he said, 'I think it could be really cool.'"

Although it seems that she's really wanted Sheen's honest opinion, Richards revealed that the decision was in no way his to make. Per E!, she added,

"Even if he said this is the dumbest thing you ever did, I still would have done the show. But it was interesting to get his side of it because I have a lot of respect for him as the father and being in this business for as many years as he has."

Sheen seems to be highly supportive of the whole thing, even making somewhat of a cameo appearance on the reality series. After multiple mentions on the show, the former Two and a Half Men star was heard on phone call with his oldest daughter with Richards during a February episode of RHOBH.

Although Richards admitted that Sheen will always be a mainstay in her life, she's definitely moved on when it comes to romance. Fans of RHOBH recently watched as she happily the tied the knot to wellness practitioner Aaron Phypers in this season's Episode 7.

Richards' openness to discussing Charlie Sheen is certainly to be admired, especially given how long they've been divorced and how many people are watching her every move on Real Housewives of Beverly Hills. Sheen might not be the number one man in her life, but he's still a part of it, and it's nice to see a celebrity and reality star commit to sharing every aspect of her life with the audience.