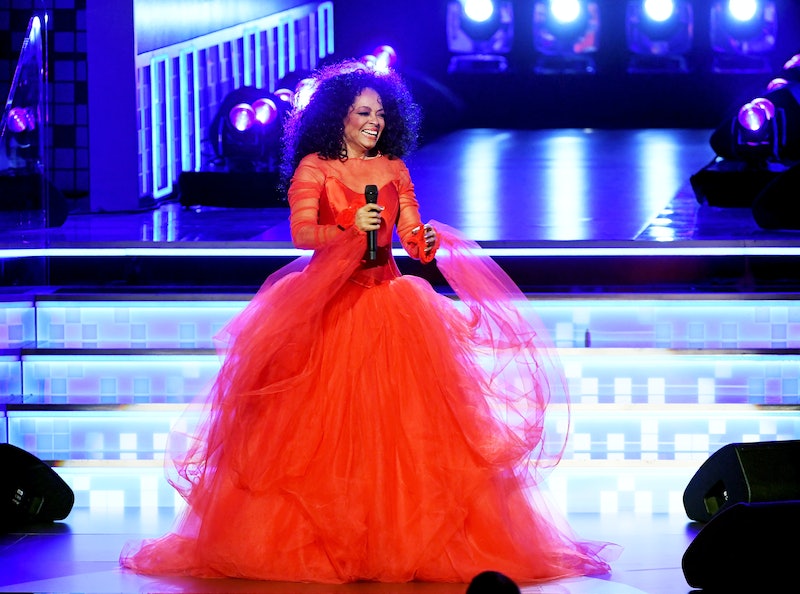 General admission Glastonbury 2020 tickets went on sale on Oct. 6 and if you managed to bag one you’ll be the envy of many. It was hardly surprising that, when the site opened at 9 a.m., tickets sold out incredibly quickly. But now that ticket sales are out of the way, fans have started to speculate who will be taking to the stage next summer and there’s already been one pretty huge announcement. Motown legend Diana Ross has been confirmed for Glastonbury 2020. Festival organisers announced that the soul star will be performing just days after the tickets went on sale and if you didn’t get a ticket, it’ll make you all the more jealous.

While fans will be excited about what promises to be an immense performance from Ross, it seems the singer is pretty thrilled to be attending Glastonbury too. In a tweet about the announcement, she wrote:

“This is a dream come true. To all the fans across the world, this is my tribute to you. I'm coming to Glastonbury, with love.”

Next year's Glastonbury will run from June 24-28 and Ross will take the Sunday legends slot on the Pyramid Stage. In doing so, she’ll be joining a hall of fame that features the likes of Dolly Parton, Kylie Minogue, and Lionel Richie.

Ross hasn’t performed in the UK since 2008 so to say the announcement went down well is an understatement. Fans of the soul icon could hardly contain their excitement after she posted that she’d be at the festival. One wrote, “What a party it's going to be I'll be there true legend can’t wait” while another said, “the Pyramid crowd is going to be on FIRE for this! Grinning from ear to ear at this news!” However, for those who didn’t get tickets, this was like rubbing salt in the wound. One commented, “you’ll love it, such a shame I didn’t get a ticket.” I feel that pain.

In 2020, Glastonbury will celebrate its 50th anniversary. The festival has certainly changed a little since its humble beginnings, and next summer promises to be bigger and better than ever before. While Ross is the only act to officially have been announced, co-creator of Glastonbury festival Michael Eavis teased that Paul McCartney may make an appearance for the 50th anniversary. Fans have also speculated that Taylor Swift and Fleetwood Mac will be among the amazing acts performing. Bustle has reached out to the press team at Glastonbury Festival to see whether they have any comment on the possibility of these three acts appearing next year.

If you’re a massive Ross fan and sitting watching her rock the Pyramid Stage on your TV at home simply won’t do, then you’ve got a few more chances of getting Glastonbury tickets before June 2020. In April 2020 there will be a ticket resale. Also, to mark the special anniversary, Glastonbury opened a special ticket ballot. 50 pairs of tickets are up for grabs if you register on the festival website from 12.00 p.m. on Oct. 9. The ballot closes on Oct. 31.

It may be October and Glastonbury 2019 doesn’t feel like that much of a distant memory, but I already can’t wait to see Ross’s set. It’s so rare for acts to be announced this early, but with Glastonbury celebrating a special anniversary in 2020, you better keep your eyes peeled for the other music legends that will be heading to Somerset next summer.