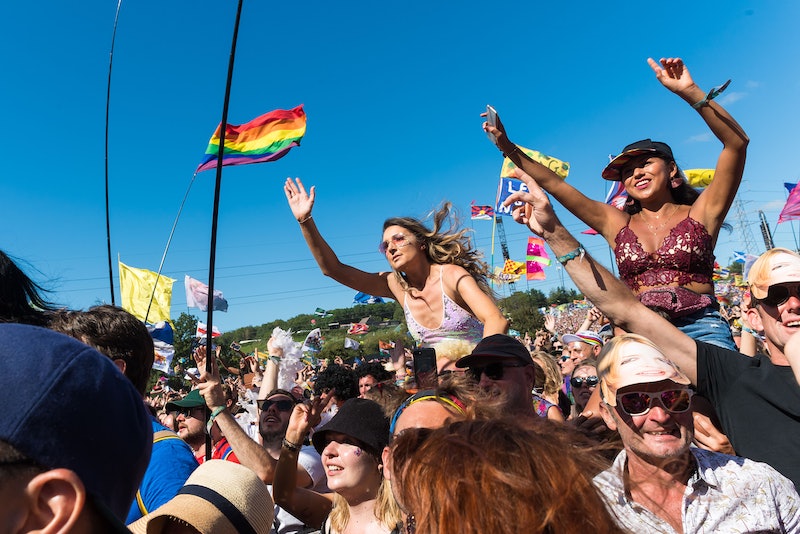 It feels like summer just ended. Well, because it just did. However, one of the more fun and low key necessary things to do in order to get through winter is to focus on next summer. Yes, you guys, always be looking forward. Even if summer is actually so many months away. But anybody who's anybody knows that if you want to make sure you get to Glastonbury you need to get tickets lickety split. However, if you're not initially successful you'll need to know the ways you can still get Glastonbury tickets.

As with all amazing and worthwhile experiences, getting to Glastonbury isn't so simple. So let me say first off that you have to be registered to get a ticket at any stage and if you've not done that already it's too late. According to their website, registration for the 2020 festival closed at 5p.m. this past Monday. All in time for the actual chaos that is desperately trying to scrounge a ticket.

The coach and ticket packages, which marry both the transport to the festival alongside the tickets themselves went on sale yesterday and sold out super fast. As a matter of fact, the BBC report that they went in a mere 27 minutes. Yikes. The general admission tickets will be going on sale this Sunday Oct 6 at 9a.m.

But do not give up. Because if you didn't get your head around registration there are still chances to attend. Resale tickets, which go on sale in April, sadly aren't open to those who didn't register by September 23. However, there are still plenty of working and volunteering opportunities available. Head over to the website Glasto Fest Feed to find out how you can get involved.

Although not much has been announced about Glastonbury 2020, considering that the event seems to get bigger and better every year you can expect that it's going to be huge. Even more so because this will be the 50th year of the world famous festival.

As with every other year, rumours are rife as to who will actually be performing at the huge event. And what the Eavis family might have up their sleeves in order to celebrate half a century of the iconic festival, held at Worthy Farm.

Last year there was talk of the Spice Girls getting their Buffalos back on and hopping on the stage. And although it didn't happen, those whispers have definitely carried on to next year's event. And these whispers include the one and only Victoria Beckham, as Bustle reports.. No, stop it, you're crying! Another band who, according to the Evening Standard, may finally be playing is Fleetwood Mac. The iconic band have never played Glastonbury and I swear down that every year since as long as I can remember it's been rumoured that they'd play. But hey y'all, maybe they were saving it for the big five oh. The best way to get an indication of who might be coming through is to look at who's touring Europe in the summer and has some gaps in their schedule around the end of June. And guys, just saying, Taylor Swift does.

Keep an eye on the official Glastonbury tickets website for updates.

More like this
Adele’s All-Female Lineup Includes Kacey Musgraves, Mahalia, & Self Esteem
By Shahed Ezaydi
Lily Allen Was “Quite Emosh” After Performing Sober At Glastonbury Festival
By Stephanie Topacio Long
Sugababes Just Announced Their First UK Tour In Over 20 Years
By Sam Ramsden
Olivia Rodrigo’s Song Dedication To 5 SCOTUS Justices Sent A Strong Message
By Grace Wehniainen
Get The Very Best Of Bustle/UK