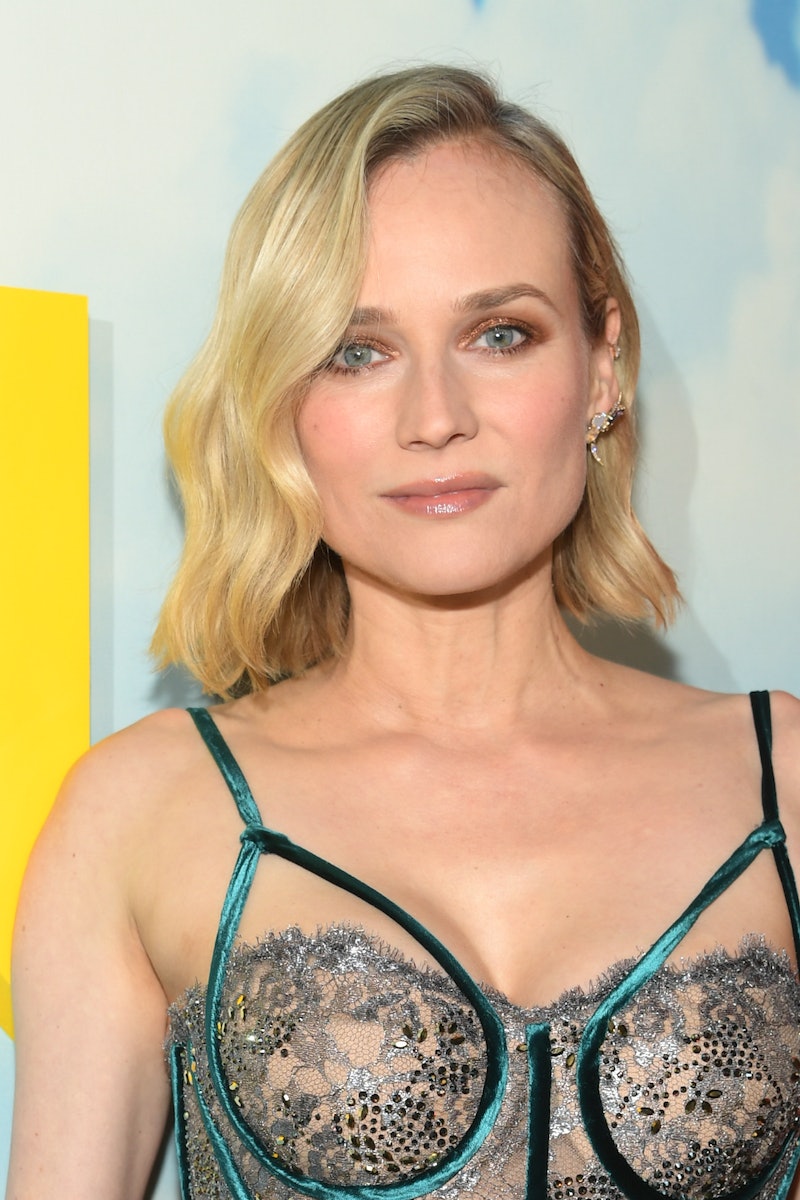 When your favorite celebrities have babies, it's only natural to want to see their bundles of joy for yourself. But when stars' privacy is invaded, it can be pretty scary for them, especially if they're with their children. Diane Kruger's Instagram post about her baby should make fans reconsider seeking out paparazzi photos, especially when it's clear the parents don't want their kids' pictures taken.

In her message on Tuesday, Kruger shared some impassioned words with her fans, as well as members of the paparazzi. She posted a photo of her holding her daughter, covering the baby's face in her picture. "We were just tagged in these paparazzi pictures of me and our daughter," Kruger wrote on Instagram. "These pictures were taken without our consent and expose a vulnerable and innocent baby."

The Welcome to Marwen actor added that while she understands fans' desire to see photos of her family, she's concerned for the baby's safety. Kruger wrote,

"While we understand that some people would like to see a picture of our daughter, we as parents, want nothing more than allow her to grow up in privacy and safety."

She ended the post by asking fans not to repost the paparazzi photos of her and her daughter.

Kruger and her partner, The Walking Dead star Norman Reedus, have been very private about their daughter since she was born last year. In a post on Christmas Eve, Reedus shared a picture of him and the baby, but the photo only shows the child's hand.

Kruger had confirmed her daughter's birth in a December interview with Extra. Before that, she was extremely tight-lipped about her pregnancy. And Reedus' holiday photo is the first picture they've shared of their daughter. Clearly, privacy is something that's a top priority for the couple, so their disappointment at seeing the paparazzi pictures is totally understandable.

Still, Kruger's Instagram caption makes an important point — and it holds fans accountable, in addition to the paparazzi members who take the photos. Plenty of fan accounts on Twitter and Instagram share pictures of their favorites, many of which are taken without the celebrities' consent. Messages like this one should make fans think twice, though. It's understandable to want to know what your favorite stars are doing in their spare time, but these photos are also often an invasion of privacy, especially when there are children involved.

Like Kruger and Reedus, Kristen Bell and Dax Shepard have a "no kids" policy about not showing their daughters' faces on social media. The actors have been fierce about shielding their children from the paparazzi and from prying fans' eyes, and it looks like Reedus and Kruger are on a similar path.