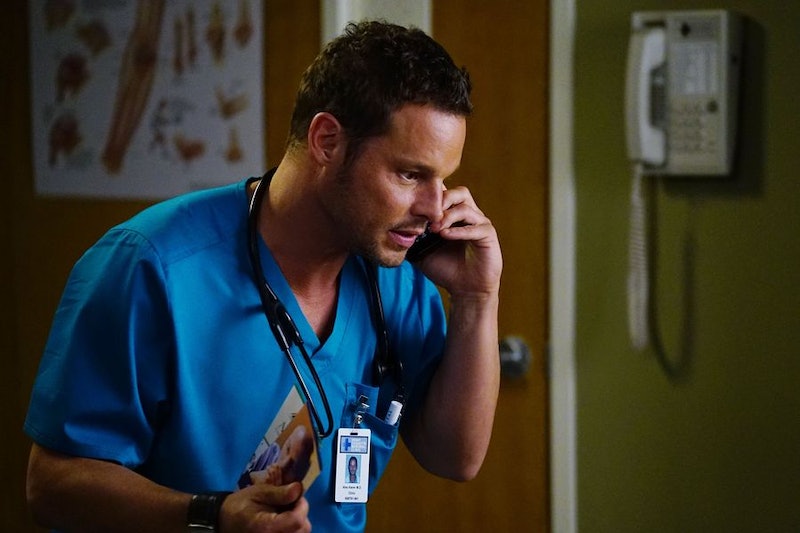 My greatest advice for everyone on Grey’s Anatomy is to put a bell on Alex Karev, because he was sleeping a whole day off in Meredith’s bed and no one realized it. I mean, come on, people! Seriously, though, Alex was supposed to be in prison, and now he’s not. Did Alex escape from prison on Grey’s Anatomy?

Now, before everyone thinks he’s in hiding or something, I’m going to say that Alex makes some ill-informed decisions, but the man is not stupid. Reckless and impulsive, sure, sometimes, but he’s not stupid. He would never flee jail, mostly because I don’t think that he thinks he could ever get away with it. No, what I think really happened is that Deluca dropped the felony charges against Alex and let Alex go home. Why? Because when Arizona came home and talked to Deluca about how she missed Alex, he was all, “Why?” That leads me to believe that everyone but Deluca knew that Alex was back. Hell, I was expecting Alex to walk down the stairs behind Deluca and Arizona and pop out behind them. Alex didn’t escape from prison — he was let go, officially, by the state of Seattle. I’m not a lawyer, but from what I’ve seen on television before, you can’t press charges if there are no charges to press.

Why would Deluca do this? Perhaps he realizes that it really was all a mistake, that Alex didn’t mean to beat him up, that was all a tragedy in the moment. Or perhaps Deluca is also in love with Jo, and he’s performing this ultimate sacrifice for Jo so that she can be in love with Alex. Whatever it is, Alex Karev is still home, Meredith doesn’t have to lose her person, and Jo can maybe finally be happy or something. Jinx on that, though, because nothing happy ever stays long at Grey Sloan.