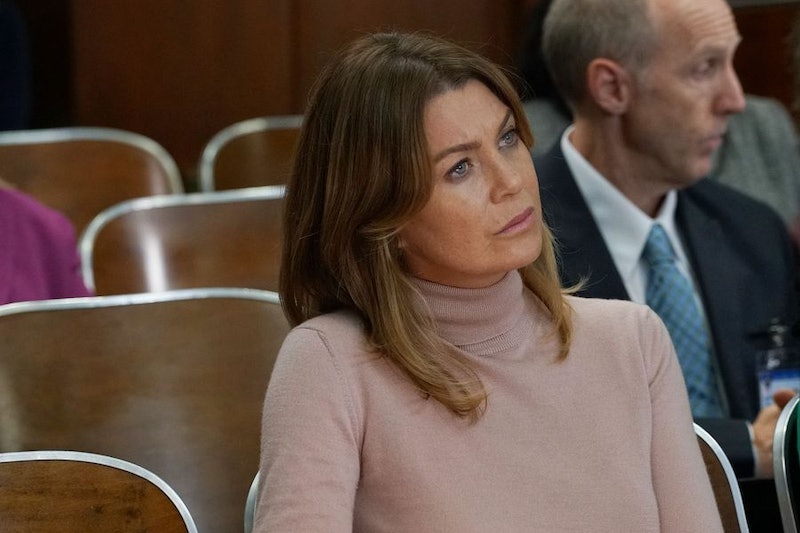 Well, Grey’s Anatomy fans, the time we all have been dreading is here — Alex Karev is going to jail, and on his own volition. As Cristina Yang famously said after that whole plane crash scenario, Grey Sloan is a death hole, and everyone who is there is doomed. (I’m paraphrasing here.) Alex was shot by a crazed gunman but missed out on the plane crash, so we had to have known that his time was up. Alex is headed to the slammer, but what will Meredith do when Alex goes to jail on Grey’s Anatomy?

If you can think back as far as the end of last season (I can barely), you’ll remember Alex walked in on Jo, his girlfriend, and Deluca in his apartment, thought that Deluca was attacking Jo, and beat the ever-loving snot out of Deluca. Alex beat him up so badly he fractured his face and almost lost his vision, which is not exactly ideal for a surgeon. The repercussions have been uncertain all season long, and now Alex has turned himself in. Meredith tried to stop him, mostly because she’s been abandoned by anyone she’s ever loved — her mother, her father, Derek, Lexi, Cristina, George, etc. Alex is the only person that Meredith has left, and now he is probably doing 20 years because he couldn’t keep his impulses in check.

While I’m worried for Meredith, I’m more worried about the people who will have to take care of her now that Alex is in lock up. Bailey, Maggie, Amelia, and Arizona are going to have to pick up the pieces of Meredith’s life again. Will it be as bad as when Derek was killed? Probably not. But Meredith can only take so much, and her children can only take so much of their mother having another nervous breakdown. My guess is that Meredith will fight her hardest to get Jo to help get Alex out of jail or have Deluca drop the charges (neither of which will happen), and the rest of Season 13 will be Meredith spiraling, yet again. And another one bites the dust.