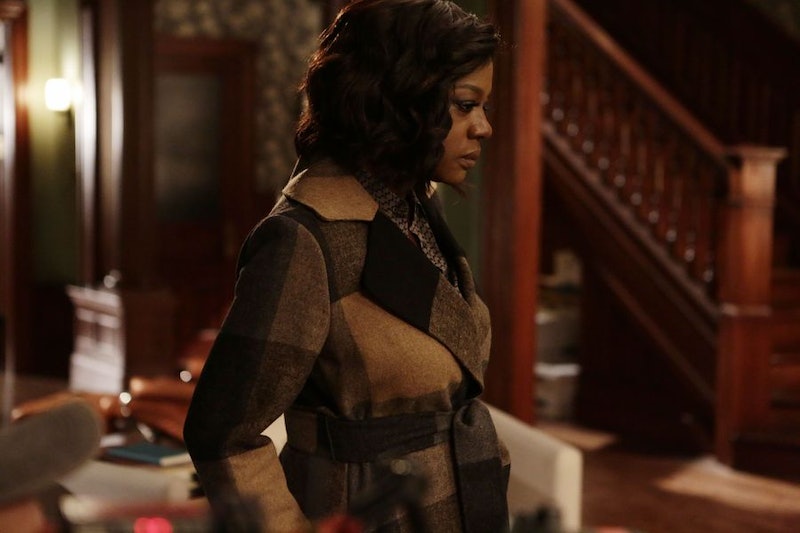 Annalise Keating has done a lot of bad things over the course of three seasons of How To Get Away With Murder. She’s cheated, she’s lied, she’s killed, she’s hidden crimes, and she’s broken the law in a myriad of other ways. Her latest accused crime is that she blew up her own house to kill Wes. But did Annalise really set the fire on How To Get Away With Murder? This all has the markings of a cover up.

Annalise knows cover-ups, but I can’t help but think that she’s trying to protect someone else here by taking the fall for the fire. The police seem very confident that Annalise burned down her own house with Wes and Laurel inside (Laurel survived, Wes didn’t), but Wes’ autopsy results make me question it all. When Wes’ body was first found, it was said that he actually died before the fire was set, meaning that he was probably murdered and the house burnt down to cover it up. But suddenly, the medical examiner said that Wes died from the fire and that’s it. No questions. Done. Bam. Confused? So am I, and so was, uh, everyone else on the show, especially Nate. I feel you, Nate — something isn’t right here.

This leads me to my next point — Annalise would never let herself be prosecuted or even indicted for a crime she definitely committed, so I believe her harried demeanor is an act and she’s hiding the truth. Annalise is going to let Bonnie exhaust the evidence until the evidence eventually points to someone else, not Annalise, giving him or her time to escape. Or she could go to jail for the person who really set the blaze. Who could it be? Frank? Laurel? They and Wes were involved in a little bit of a love triangle there. What about Bonnie? She could have been angry that Frank left her and thought that she’d hurt Frank by burning him in the house, only he wasn’t there — Wes and Laurel were. Whoever lit that match, this is one instance where I don’t think that Annalise was responsible for the crime.