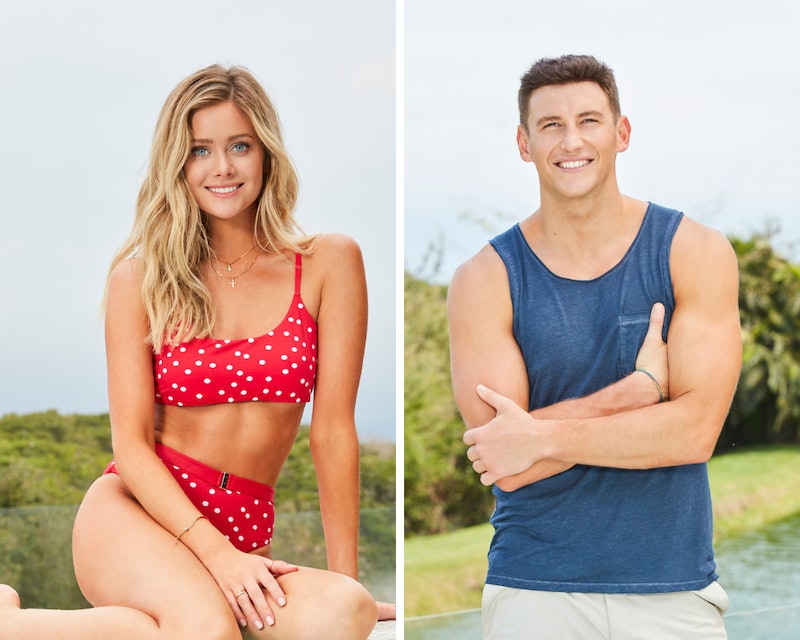 Hannah's season of The Bachelorette might be over, but from the looks of the Bachelor In Paradise trailer, the drama isn't going anywhere — particularly because Blake and Hannah G. met before Bachelor In Paradise. We'll have to wait until the show airs to get all of the details, but there are still a few clues to investigate beforehand. It seems like there's going to be a lot to dissect as the season progresses.

Hannah and Blake were tagged in photos together as early as four months ago, so the two have been linked for quite some time now. And on Bachelor alum's Ashley Iaconetti's Almost Famous podcast in April, Blake shared a little about he and Hannah G.'s history. Spoiler alert — it's not actually that much of a history.

Blake said that he and Hannah G. did run into one another prior to Paradise filming, but that it was a pretty brief encounter. "I have met her for like, a good 10, 15 minutes," he said, adding that her personality shone even more in person than on TV. "I was surprised, in a good way." He said they haven't exchanged any DMs and he didn't get her number, but his interest is definitely piqued. "[When I saw] Hannah G.'s cast photo, I remember being like, woah, she's gorgeous," he continued.

Hannah was similarly casual when speaking about a potential relationship with Blake. Speaking to another Bachelor alum, Olivia Caridi, on her Mouthing Off podcast, Hannah confirmed she'd met Blake "very briefly." She said they didn't talk long enough to make a deep connection, but she's going into Paradise very open-minded.

"I haven't gotten the chance to actually really know him, and I think it's really important if I go into Paradise, treating the whole entire experience fairly," she said. "I don’t want to get into a position where I get my hopes up or anything like that again because that just happened to me with the whole Colton thing. I think the point of Paradise is to go in there and giving anything you think might have a spark a shot and that’s why it’s called Paradise. So I'd think we're probably both on the same page but you never know."

Fans, however, may be a bit more invested, as they've been shipping Hannah and Blake for quite some time now. The two were both frontrunners in their respective seasons who were seemingly blindsided by being sent home, and appear to be ready for something real.

But as the BiP trailer shows, fans may be disappointed. Hannah and Blake are both seen making connections with other people, and Demi is shown wondering just how many Bachelor Nation women Blake has been involved with. Will the two find their way to each other in the end, or is a Hannah and Blake romance just not in the cards? Whatever the case may be, there will be plenty of drama to watch along the way.