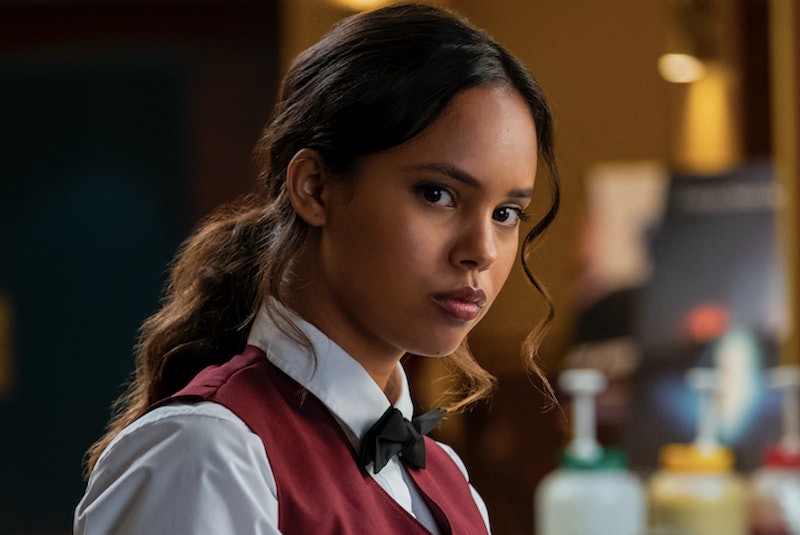 After two seasons spent telling the story of Hannah Baker and the events that led to her death, 13 Reasons Why is turning its attention to a new mystery: who killed Bryce Walker? Given that he's been the main antagonist since the show's premiere, there are a lot of suspects to consider. However, some characters have stronger motives than others. So did Jessica kill Bryce on 13 Reasons Why? When it comes down to it, she has probably the biggest incentive for wanting him gone for good.

At the end of Season 1, Jessica discovered that she had been sexually assaulted by Bryce after she passed out at a party. Hannah witnessed the rape firsthand, as she was hiding in a closet at the time, and discussed it on the tapes she made before her death. Jessica initially had no recollection of what had happened, so her relationships with Bryce and Justin (who unsuccessfully tried to stop the rape before Bryce locked him out of the room) remained unchanged. But after learning about and processing the truth, Jessica eventually told her parents about it and reported Bryce to the police. After the Bakers' lawsuit against the school district was dismissed, Bryce was arrested on charges of rape, but unfortunately, he was sentenced to only three months of probation and transferred to a new school.

The outcome was infuriating (though frankly not surprising), making it completely understandable for Jessica to be upset. But would it prompt her to possibly take justice into her own hands?

The latest Season 3 trailer arguably makes Jessica seem the least guilty out of all the characters, but looks can be deceiving. She may seem surprised that someone she knows could've committed murder, but that doesn't mean she's necessarily innocent. As the trailer says, Bryce hurt Jessica the most out of anyone and received basically zero punishment for it. That automatically puts her high on the suspect list.

Adding further fuel to the fire, the official Twitter account for 13 Reasons Why posted two voicemails to Jessica left by Alex and Justin, indicating that a love triangle will come out of the woodwork in Season 3. The Season 2 finale ended with Jess and Justin hooking up at the school dance, which makes her future with Alex somewhat unclear. Perhaps she just doesn't know what to do and is dodging their calls until she figures it out. But what if these voicemails are actually meant to suggest Jessica plays a roll in Bryce's death? It would explain why she's MIA and unable to pick up her phone.

"Hey, it's, uh, it's me," Justin says in the voicemail. "I hope you aren't too worried about what happened between us. I know there's a lot of other sh*t going on right now but I really want to talk to you about this. About you and me. OK call me back. Bye."

"Hey Jess, I know things have been insane lately and we've both been way more busy than usual, but I just wanted to make sure that you were good. You know I'm always here for you. I love you."

So where is Jessica and why is 13 Reasons Why's social media account drawing our attention to her in this way? It could be a red herring, or it could be a clue that she played some part in Bryce's murder. We'll just have to watch to find out.