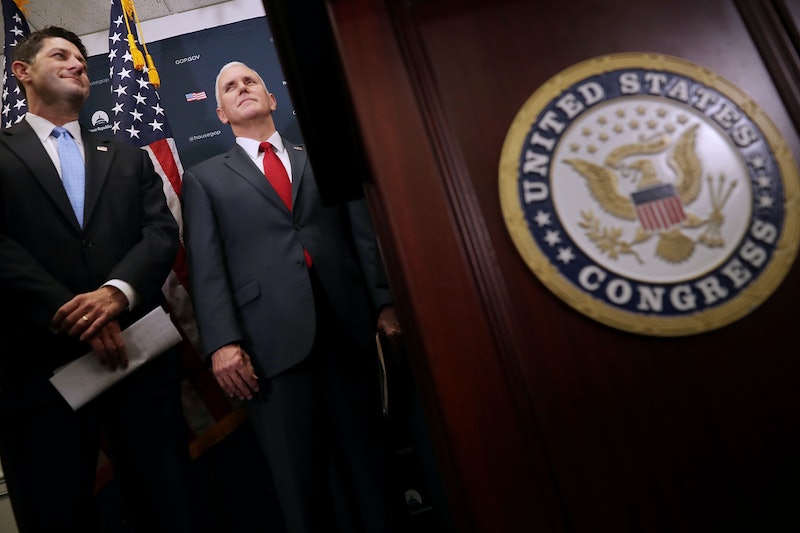 The great thing (well, one of the great things) about a functioning democracy is its transparency. The government is answerable to the people, and therefore the people can find out how their government representatives vote. This includes things going on right at this very minute — so yes, you can figure out if your representative voted for HR-7, and it's actually extremely easy.

There are several online tools that can help you out with this endeavor. One is the website GovTrack.us, where you can see the full breakdown of votes on any issue. They list out every member of the House of Representatives and say whether they voted "No" or "Aye", so you can quickly look and see which way your congressman or woman went (spoiler alert — all of the Republicans either voted for the bill or didn't vote, and only three Democrats voted for the bill).

There are a lot of people in the House, though, so it would be totally understandable if you couldn't name your representative off the top of your head. But don't worry, because there's a tool for that too. If you know your ZIP code, you can use WhoIsMyRepresentative.com to figure out who represents you. The official House of Representatives website also has a similar function.

There's also a new player on the scene: the Countable app, which aims to make the democratic process as accessible as possible for citizens. Once you've got it on your phone, you sign in through Facebook, so it can tell you who your representatives are — and thus also how they're voting. It will tell you what they're voting for next, and it'll also automatically email your representatives if you indicate how you feel about a given bill. Countable can definitely help you with HR-7, but it won't stop there. Republicans in Congress, feeling empowered by the election of a Republican president, will surely introduce a lot of odious legislation in the next two years. With Countable, you can dog them at every step of the way.

Maybe you'll do all this searching only to find out that your representative was one of the good ones — in which case, it's definitely worth expressing your support. If they voted to take away abortion access for thousands of vulnerable women across the country, then they need to know that you're not going to let this happen without a fight. Your government is still transparent enough that you can follow your representatives' activities — so take advantage of that fundamental democratic right.