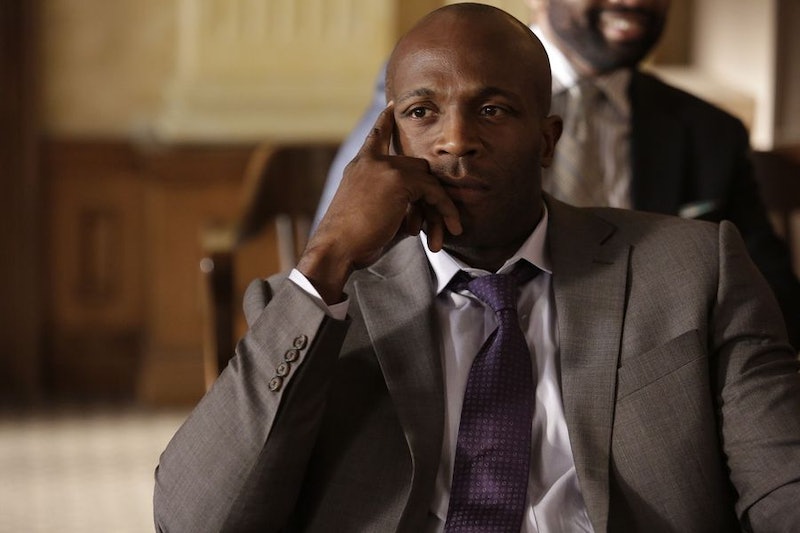 Annalise Keating is kind of like Typhoid Mary – she pretty much infects everyone that she touches. She had all of these beautiful, fresh, innocent students, and now one of them is dead (RIP Wes) and the rest of them have been implicated in like fifteen murders in three seasons (hyperbole, but still). Frank wasn’t a murderer when he met her, and I’m sure Bonnie was a much nicer person, too. Now, hot cop Nate Leahy may be a killer! Did Nate kill Wes on How To Get Away With Murder?

The show has spun in circles so much in reference to who actually is responsible for blowing up Annalise’s big, beautiful house with Wes and Laurel in it, and they’re leaning really heavy into Frank. That’s how I know that Frank didn’t do it. Besides the fact that he is my soul mate and he would never, it’s just way too easy. It’s also way too easy for Annalise to have done it, too. When in doubt, let’s add another suspect – Nate! This all came out when Laurel begged to see Wes’ dead body because she didn’t get to say goodbye. Nate obliged to let her into the morgue, opened the body bag, and wait, that’s not Wes. Yep, they lost Wes’ sizzled body. Turns out the last person to sign for movement of Wes’ corpse was Nate himself, and a flashback showed Nate walking around Annalise’s house the night of Wes’ murder and Wes walking in pretty soon behind him. Oh boy.

Nate, despite his imperfections, is pretty ride or die for Annalise, so I’m wondering if perhaps he knew that Wes was about to flip to the district attorney on Annalise and decided to do something to cut it out. Nate to the rescue, since Annalise keeps pushing him away. Now it looks Nate has blood on his hands and a cover-up to boot.