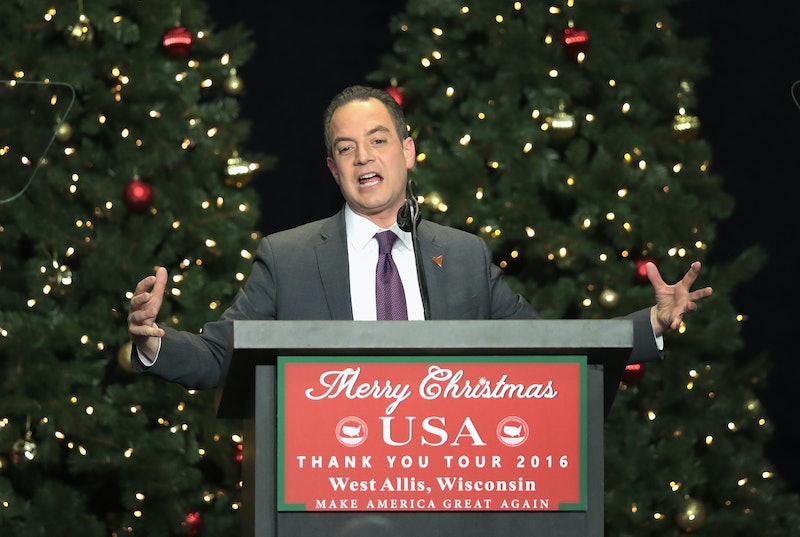 Happy holidays to all! And, of course, Merry Christmas, if that happens to be your thing. In modern America, Christmas is a beloved secular affair as well as a faith-based one, with high percentages of non-Christians celebrating it too. As the ceremonial celebration of the birth of Jesus Christ, however, it carries distinctly spiritual meaning for adherents of Christianity. Which is one reason a statement just put out by the incoming White House chief-of-staff is turning some heads — did Reince Priebus just compare Donald Trump to Jesus?

Absurd as it may sound — although not half as absurd as dozens of things that have happened in the world of major-party politics this year — that's one possible reading of the statement he (along with RNC co-chair Sharon Day) put out on Christmas morning. Here's the relevant paragraph:

Merry Christmas to all! Over two millennia ago, a new hope was born into the world, a Savior who would offer the promise of salvation to all mankind. Just as the three wise men did on that night, this Christmas heralds a time to celebrate the good news of a new King. We hope Americans celebrating Christmas today will enjoy a day of festivities and a renewed closeness with family and friends.

Yep, you read that right: "Just as the three wise men did on that night, this Christmas heralds a time to celebrate the good news of a new King." And as far as the United States is concerned, there's really only one person out there who qualifies for freshly minted king status, and that's the president-elect.

Now, to be totally generous to Priebus and Day, there is an alternative, less-offensive, vastly less blasphemous explanation here, and it's almost certainly what was intended: they may simply have been trying to say "hey, time to celebrate the good news of the new King, Jesus Christ," with the word "new" harkening back to the time of his birth. Rather than casting Trump as, like many of the pro-Trump diehards on Reddit are fond of saying, some sort of God Emperor.

This is not uncommon language in Christian circles, and it likely explains the confusion here. Here's how incoming White House press secretary Sean Spicer reportedly responded when asked about the statement.

That said, if a senior Democratic official in late-2008 had released a Christmas Day statement which could even have even remotely been read to imply that President-elect Barack Obama was some sort of Christ figure, let's just say it wouldn't have blown over without comment. And considering some of the authoritarian rhetoric and impulses Trump flashed throughout his presidential run ― and how few members of the GOP establishment showed even a hint of the backbone needed to stand up against him ― it's no shock why many people read it the way they did.