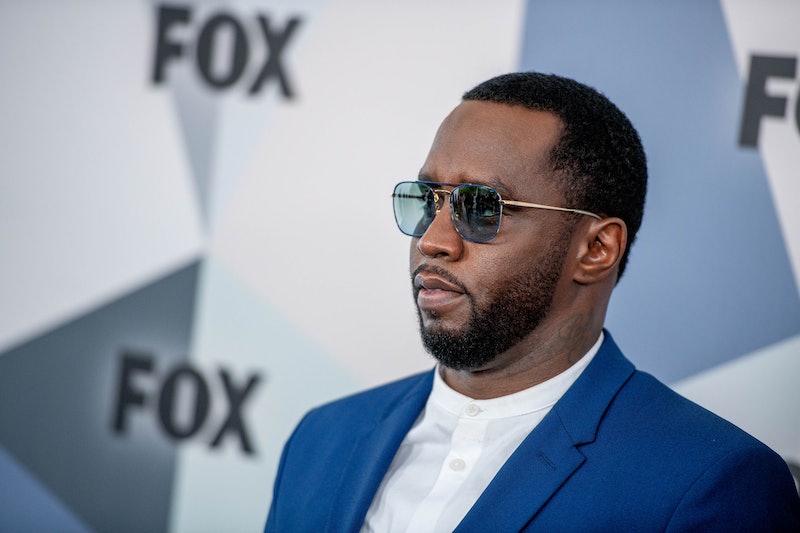 It's been more than five months since Kim Porter died at age 47 on Nov. 15 after suffering from pneumonia, and now, her former partner is speaking out about life without her. In a new interview with Essence, Diddy opened up about losing Porter and how he's been focusing on their children since her death last year.

Although they both had children from other relationships, together, Porter and Diddy had 12-year-old twin daughters named D'Lia Star and Jessie James, and a 21-year-old son, Christian. Diddy told Essence that he's entered "mommy mode" following Porter's death, especially because one of the last times they spoke during her final days, she asked him to make sure their children were taken care of.

“She was unforgettable. That day turned my world upside down. Three days before she passed, she wasn’t feeling well. She had the flu, and she sent the kids over to my house so they wouldn’t get sick. One night I was checking on her, and she was like, ‘Puffy, take care of my babies.’ She actually said that to me before she died.”

Since Porter's passing, it seems like Diddy has taken what she said to heart, and his children have truly been his priority.

Diddy also said that trust played a big role in his relationship with Porter, especially after the ups and downs they had over the years, particularly when it came to his daughter with Sarah Chapman, Chance, being born just a few weeks before their twins came into the world. He said that "the betrayal really affected Kim," but eventually, they were able to forge a stronger bond again.

“There was total trust,” Diddy said in the interview “Whenever I was around her, I felt as though God had his hand in it. I always felt like God had sent her. Nobody could love me the way she loved me, especially as, you know, as crazy as I acted. I mean, she loved me through some real sh*t.”

In the months since Porter's death, Diddy has shared a lot of his favorite memories and photos of and with her on social media. In fact, in March, he took to Instagram to share a photo of Porter visiting him on the set of his music video for "Can't Nobody Hold Me Down," which he said stood out as a milestone in their relationship. He wrote:

"I called her BONNIE AND I WAS CLYDE! This picture will go down in history as the first time I said she was MINE!!!! AND THE FIRST TIME I TOLD HER I LOVE HER, little did I know I was hers. Miss you BONNIE and will forever. Maaaaan life is beautiful to have had these experiences."

It's hard to imagine how difficult losing Porter must be for Diddy and their children, but it seems like they are relying on each other a lot during this time. It's obvious how much Porter meant to him, and it doesn't look like her impact will be forgotten in his life or the lives of their kids anytime soon.