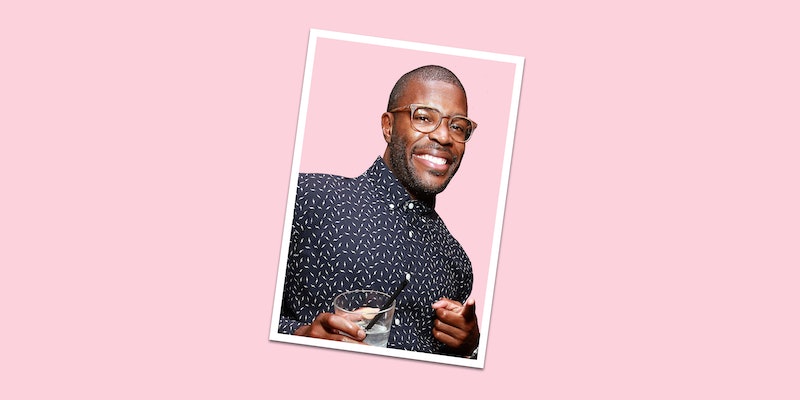 Bustle takes the Bachelor franchise pretty seriously. That’s why we created the Bachelor Nation Class of 2018 — like high school superlatives, but Bachelor edition. Check out what Diggy from Rachel's Bachelorette season had to say about being awarded "Most Dapper."

Bachelor Nation really digs Kenneth “Diggy” Moreland. After appearing on Rachel Lindsay's Bachelorette Season and Bachelor in Paradise Season 4, he took his vast collection of glasses and patterned bowties and returned to Chicago. But his flair for formal wear has been sorely missed since, and that's why we're naming Diggy "Most Dapper" in the Bachelor Nation Class of 2018.

"I'd like to thank my mom for those countless hours of dragging me through malls and department stores when I was a kid. While I hated it then, I guess you somewhat knew what you were doing. That one time you lost me in Nordstrom and I got stuck between three mannequins still triggers a traumatic flashback for me, though."

According to Diggy, looking so good comes at a price. In his acceptance speech for his award, Diggy told Bustle that his mother was responsible for “dragging [him] through malls and department stores” and that she even lost him in Nordstrom once (it could happen to anybody, really). "I got stuck between three mannequins," he says. "[It] still triggers a traumatic flashback for me." For now, Diggy is working on his blog, More Than A Tie, showing men how to be as fashionable as he is. He’s also spending time with family and friends, and crafting some fire tweets about The Bachelor, The Bachelorette, and Bachelor in Paradise.

To celebrate his new title of "Most Dapper," Bustle invited Diggy to answer a few questions about his time on the show and Bachelor Nation in general.