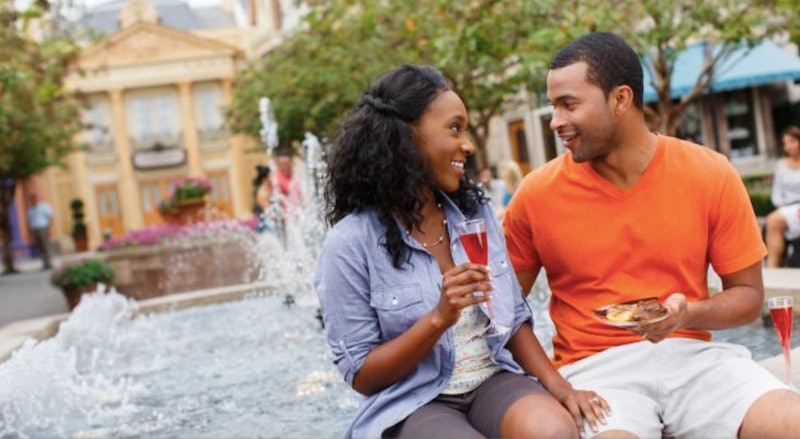 Disney might be the happiest place on earth, but there is one clear truth that any visitor will know — the happiest place on earth doesn't come cheap. There are expensive food and drink options, pricy merch is everywhere, and just to get your foot into one of the theme parks can cost you a pretty penny — especially if you're going with a big group. But now, things might be a little more economical. The Disney World's Mid-Day Magic Ticket is here to get you into the park for a lot cheaper.

Disney announced this new ticketing option on Thursday and people were very excited. The tickets allow you entry from noon at a reduced rate and are already available on their website.

"Mid-Day Magic Tickets are valid for admission after 12 p.m. and were designed with your flexibility in mind, with timing that helps meet your needs — like, say, a couple more hours of shut-eye, or maybe a leisurely brunch," the company explained in a blog post. "Mid-Day Magic Tickets may be used at any of the four theme parks, allowing you to catch a parade, enjoy a meal, experience favorite attractions, and then get ready for wondrous nighttime shows." More sleep, you say? Leisurely brunch, you say?! I'm listening.

There's a lot to be said for getting a cheaper ticket, but you should be prepared, there are some drawbacks. As any die-hard park-goer will know, people like to arrive very early to avoid the longest lines — so you may find that you spend more time waiting around later in the day. Everyone has their own Disney park hacks, so you might find a way around it, but it's good to keep in mind.

Of course, even with the lines, it's safe to say that Disney really does offer something for everyone. With more vegan options in Disney parks and even dogs being allowed in Disney World hotels, it's easy to see why it would be an amazing vacation spot. And this may be a great time to head on down.

"The fall and winter months will be a fantastic time to visit Walt Disney World Resort," the company's blog explains. "You can climb aboard the fastest ship in the galaxy on Millennium Falcon: Smugglers Run inside Star Wars: Galaxy’s Edge. You can taste their way around World Showcase during the Epcot International Food & Wine Festival. Or you can enjoy the resort as it transitions into a winter wonderland in November and December, with holiday décor and festivities at all four theme parks." And with the new Mid-Day Magic Ticket, you can do it on a budget.

Are you someone who's there at the opening bell to get in all of the most popular rides or do you prefer some waffles and OJ before you head out? The Mid-Day Magic Ticket may not be for everyone, but for those who enjoy a more relaxed outing, it might be just the ticket. Literally. So get a move on before Dec. 15.