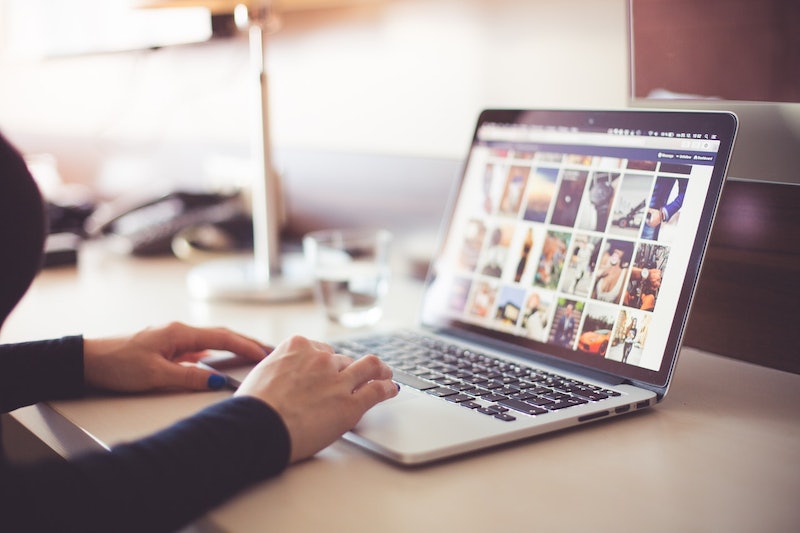 While social media has made the world feel a lot smaller by connecting people around the globe, it's also caused a major spike in FOMO. While you're thinking, that's not going to happen to me, another part of you is likely wondering, do I have FOMO? The signs of fear of missing out based on your social media habits can help you determine how high your FOMO level really is. Even if you know that your friends spin their lives in a more attractive light on social media, that doesn't mean that you don't feel a little twinge of FOMO when you're in bed with Netflix and snacks while your virtual friends seem to be doing all of the things.

Levels of FOMO can vary from person to person. And, according to Susan Krauss Whitbourne, Ph.D. on Psychology Today, University of Essex psychologist Andrew Przybylski developed a 10-item FOMO scale to determine just how bad your fear of missing out really is. FOMO has always existed, but pre social media it was more difficult to know what you were missing out on because everyone wasn't busy posting pictures of their good times on Facebook and Instagram, nor were they checking in online at places like Nobu without you.

Test Your Level Of FOMO

When you missed out in the old days you often never even found out. Or, f you did find out that your besties did something epic without you, it was likely much later. In 2017, social media has brought FOMO to a whole new level where your private insecurities are magnified on a public forum. If you want to check your level of FOMO, Przybylski's FOMO test, published in the journal Computers in Human Behavior, is a good way to get a baseline. Rate each of the following on a scale of one to five with five being the highest. You can also take a FOMO quiz on Psych Central to have your score tallied automatically.

Live Science reported that those who scored high on the FOMO scale were more likely to be distracted while driving, and were also less likely to be able to live in the moment and stay present IRL. And, people who already felt insecure in their personal relationships tended to check social media more, which then lead to deeper insecurities versus those who felt secure IRL. "For people who feel very secure in their relationships, their relationships are important to them, but they don't feel compelled to always be connected," Przybylski told Live Science.

According to UCLA's Morning Sign Out, another study from the University of Mary Washington suggests that extroverts are more likely to check social media constantly than introverts, in part because this super-social subset uses social media to enhance their social connections. Additionally, people who felt anxious turned to social media for reassurance and validation, while people with social anxiety turned to social media as a substitute for in-person interactions.

What's more, while everyone likely has FOMO at one time or another, people who rank high on the FOMO scale might actually have social anxiety, according to Life Hacker. At the root of FOMO is an underlying anxiety that your life is not as good as your friends' lives, or that your friends don't really like you because they didn't invite you to something that they're posting all over social media.

Keep Your Eyes On Your Own Paper

The struggle is real. Trust me, I get it. However, in times of FOMO I turn to some wise words from actor and author Lauren Graham: keep your eyes on your own paper. "I’ve just gotten more peace out of worrying mainly about myself, and not getting too competitive or worried about other people’s lives," Graham said in an interview with Main Line Today. "I have a thing I say often, which I did not invent: 'Keep your eyes on your own paper.' And that’s been very helpful to me."

Graham has said publicly that she joined Twitter kicking and screaming, but other than that she doesn't go on social media. While the jury is still out on whether social media drives FOMO or FOMO drives social media, research does indicate that comparing your life to the lives people are presenting on social media will only make you feel bad about yourself. And, because most people curate their social media to make themselves seem way cooler than they are IRL, you end up having major FOMO over something that's not even real.