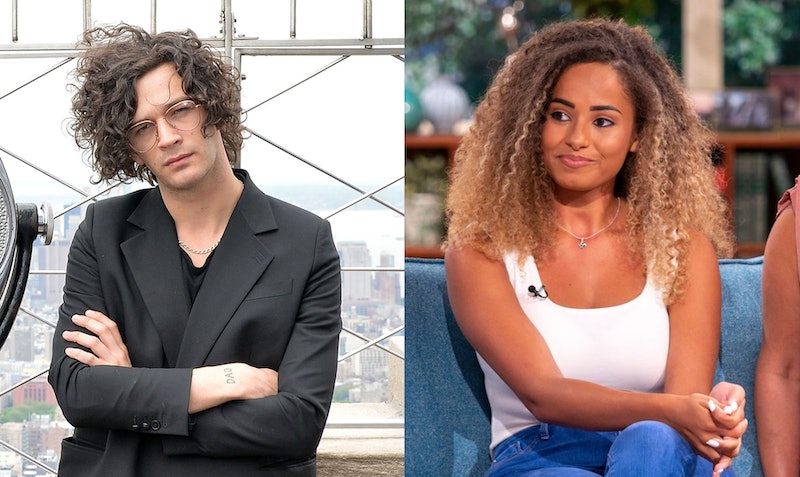 Following her successful stint on the fifth series of Love Island, Amber Gill is still getting used to her new found fame. Since leaving the villa, Gill has made several TV appearances on shows such as ITV's This Morning, and has enjoyed public support from some pretty high profile fans. However, one fan in particular managed to grab the Love Island winner's attention, because as it turns out, The 1975 frontman Matty Healy is a huge admirer of the reality star. But do Matty Healy and Amber Gill know each other?

According to Capital FM, it seems the pair don't actually know each other on a personal level — despite a recent interaction on social media. However just to be sure, I have reached out to both parties for comment and will update with any new information once it becomes available.

Although perhaps not the best of friends, that could be about to change, because The 1975 singer recently surprised the Love Island winner with a very special one-to-one FaceTime call. In a post shared on Instagram, Healy revealed he had spoken with the reality star via FaceTime, and even referred to Gill as an "idol." Healy later shared a further screenshot of their chat on his Instagram story, with a caption that simply read, "It is what it is."

It appears the call may have come about due to Matty's mum Denise Welch. The Loose Women presenter is set to appear alongside Gill on Wednesday as the Love Island winner makes her debut as a panellist. On Tuesday, Welch posted a video on Twitter of herself and Gill backstage at Loose Women discussing Gill's upcoming Loose Women appearance and her FaceTime chat with Healy.

As previously mentioned, Gill is currently basking in post-villa life, however despite being in very high demand, the Love Island star reportedly won't be offered her own spin-off series (for now, at least). According to The Sun, ITV bosses are reluctant to press ahead with a spin-off series surrounding this year's winning couple because in previous years couples have split during filming.

Speaking about the decision, a source told the newspaper, "It’s been a publicity disaster in previous years, when couples split before their show aired or appeared to get back together just as the programmes came out. Jack and Dani’s series was a perfect example last year, with everyone saying their relationship was fake. This year bosses want to take the heat off the contestants' relationships, especially as it’s been such a choppy year for couples making a go of it."

The source went on to reveal that ITV bosses are instead putting their energy into the upcoming winter edition of Love Island. Speaking to The Sun, the source revealed, "Instead they are focusing on Winter Love Island and want to nail the casting for that series. Of course, they’re keeping a close eye on their couples to spot any potential for spin-off shows, but at the moment it’s certainly not looking likely."

Although a Love Island spin-off might not be on the cards, Gill could have some very exciting TV projects in the pipeline, because according to the Mirror, the reality star has signed up to take part in the next series of Dancing On Ice. If the reports turn out to be true, Gill will follow in the footsteps of fellow Love Island stars Kem Cetinay and Wes Nelson — and when speaking to The Sun about Amber's rumoured gig, a source said, "The Dancing On Ice casting team are delighted with the decision to snap up Amber. Love Island contestants always do really well on the series as they are still fresh in everyone’s minds."

So, it seems Amber fans can expect to see a whole lot more of the Love Island winner, and I couldn't be happier for her.