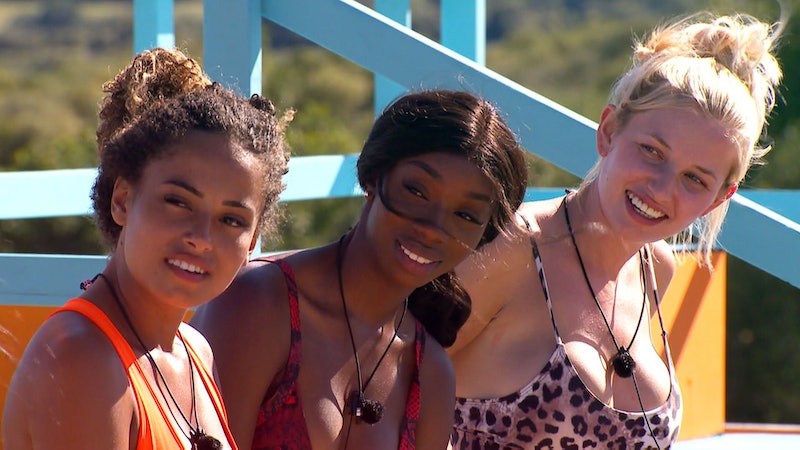 The Love Island crew always look pretty immaculate, especially the female contestants. From perfect tans to smooth skin and un-chipped nails, it's easy to wonder just how they look so fresh all summer long. Seriously, I certainly do not look like that on the beach or by the pool while on holiday! And seeing as they're in there for around two months and their hair, tan, and nails never seem less than pristine, it's easy to wonder, do the Love Island contestants get beauty treatments?

I reached out to the show's reps at ITV, and they revealed that the contestants in Love Island have gotten beauty treatments in the past, but this happens on a " very irregular basis", and usually before a big event like the live final. There was no comment made however about the nature of these beauty treatments, or whether they relate to things like nails, hair, skin, or other body treatments. I will fill you in if I get an official line on this.

A little digging online though reveals a little more about beauty treatments on the show, however.

Chris Williamson, a former contestant on the 2015 series of the show, once told the BBC that the women in the show do sometimes get beauty treatments, such as getting their nails done. It sounds as though these are usually just to maintain the contestant's confidence in order to make sure they feel happy and good in front of the camera each day while filming.

"I know girls that go and get their nails done every week, so for a lot of them it was the same for us as going to the gym,” he said.

Williamson also explained that both the men and the women get their hair sorted within the villa: "If the audience has a problem with that, what do they expect to happen - do they want us all to turn into hairy cavemen by week eight?"

In fact, you may remember that last year, Dani Dyer, who went on to win the series, showcased a brand new darker hair colour near the end of the show, which perplexed Twitter users.

A Love Island spokesperson apparently confirmed Dani had had her hair done, telling Digital Spy: "All the girls had hair and beauty treatments in the villa in the last few days."

But what about when it comes to hair removal? Are bikini waxes allowed for the girls? Well, it doesn't sound like it. Previous contestant Montana Brown, revealed that as professional bikini waxes were not allowed, the girls often resorted to shaving.

Series two Islander Olivia Buckland confirmed this news, revealing on This Morning that those inside the villa have to find other forms of hair removal: "You can request a waxing kit, there's a secret window where you get food and drinks from. So they could be getting the waxing kit from that, but one of the other girls will have to do their bikini lines for them."

So although they may not have access to hair removal, it sounds as though the occasional treatment is not unheard of within the villa. What's more, the contestants have access to some great hair tools (this year's look like they're by Dyson), and products (by Vo5, this year's hair sponsor), so their locks will always be looking on point this year.