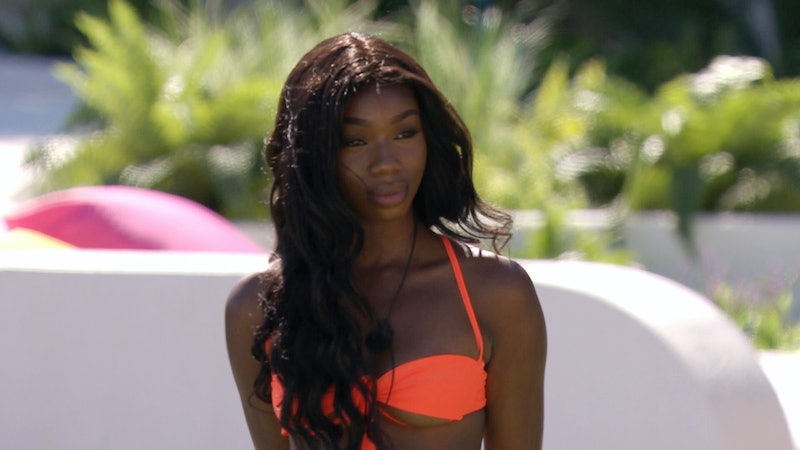 The fifth series of Love Island finally made its long-awaited debut on ITV2, and during the first episode of the new series viewers were introduced to this year's batch of islanders. On launch night the first couples of the season were formed, and in a special twist, two additional boys were thrown into the mix. In spite of prior controversy surrounding the hit reality show, it appears that viewers are thrilled to have been welcomed back inside the infamous villa, because series 5 of Love Island began with its biggest ever launch night ratings.

In a statement sent to Bustle, ITV confirmed that the launch of Love Island series 5 is the most watched launch show of the franchise to date, and was watched by 3.3 million viewers on ITV2. The first episode peaked with an impressive 3.7 million TV viewers, and across all devices, the show was seen by a total of 4.2 million fans. Love Island's debut was also the most-watched programme in the 9 p.m. slot, and is up ten percent on last year's first episode, which was seen by an average 2.9 million viewers.

The Love Island season 5 launch was also extremely popular with younger audiences, and became the most-watch show of the year for 16-24 years olds.

When taking into account the considerable amount of controversy surrounding this year's series, the initial viewing figures appear to be even more impressive. As previously reported by Bustle, fans of the ITV2 hit were left shocked and saddened by the deaths of former-contestants Mike Thalassitis and Sophie Gradon — both of whom died by suicide in the years following their stint on the show. As The Sun reports, the devastating news brought Love Island's aftercare policy into question, and despite an ITV statement which promised to extend support to all islanders, some viewers called for the series to be axed altogether.

The reality series also recently came under-fire after reported promises of body size diversity within this year's lineup were, some felt, not carried out, following the debut of the 2019 Love Island contestants. And the islanders themselves managed to ignite a wave of backlash before they'd even stepped foot inside the Spanish villa. As the Metro reports, contestant Anton Danyluk was hit with claims of racism after a photo of the 24-year-old dressed in blackface during a 2014 Halloween party emerged online. Danyluk's mother came out in defence of her reality-star son, and apologised on his behalf. She said, "I know he would be mortified to be labelled in such a way, and would whole heartedly apologise to anyone offended by this picture. There was absolutely no racist intent and almost six years down the line, I know it’s not the way Anton would ever behave today."

The first episode of the series also proved to be controversial, after some viewers claimed that the first coupling ceremony was tainted by claims of racial bias. As reported by the Mirror, former-contestant Marcel Somerville was quick to point out that three black and mixed race contestants were chosen last by their fellow islanders. Speaking on Twitter, the 33 year-old said, "This is mad!!!! #LoveIsland flash backs! Black guy, black girl and mixed race guy all left unpicked. Mad!!!"

Despite all the controversy, I sincerely hope that the fifth series of Love Island will go on to become the most inclusive and positive season to date.

Love Island airs every night at 9 p.m. on ITV2