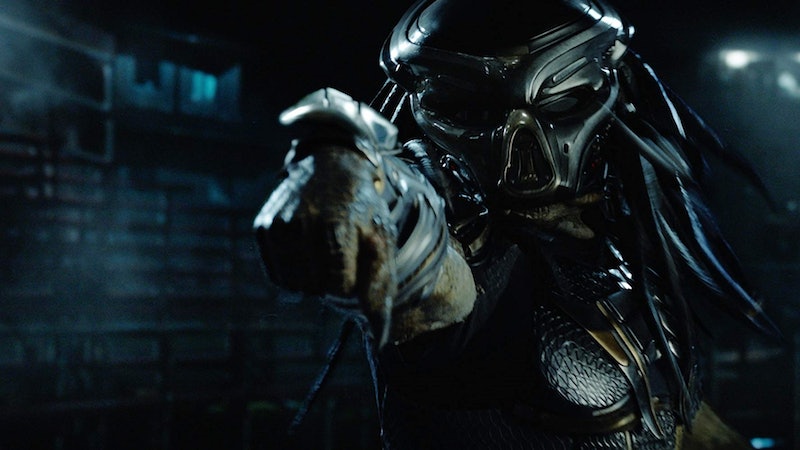 It's been quite a while since the last Predator movie. The franchise, which kicked off in 1987 with the legendary Arnold Schwarzenegger-starring Predator, hasn't had a new installment since 2010's Predators. But that's about to change with the new sequel/reboot The Predator set to stalk theaters on Sept 14. The new film looks to both continue the franchise while also acting as a starting point for new fans, which begs the question: should you see the other Predator movies before The Predator?

It's probably a good idea to at least watch the first two Predator films before seeing The Predator, but by no means do you have to watch all five of them. Following the original Predator, there was a 1990 sequel, Predator 2. The franchise then went dormant for 14 years until it crossed over with the Alien franchise, resulting in Alien vs. Predator in 2004. This film, like the original Predator, was followed by its own sequel three years later, 2007's Alien vs. Predator: Requiem. The original franchise then finally made a return sans Xenomorphs with 2010's Predators. So where exactly in this chronology does that leave the new film?

The Predator depicts a group of soldiers who know that the Predators have been visiting Earth for decades, and they do battle against them when they come calling again. The film takes place in the present day, putting it somewhere between Predator 2 and the future-set Predators. Because of this, the film is expected to mainly rely on the first two films in the franchise for its plot and reference points, and is largely expected to basically ignore the two Aliens vs. Predator films.

"It’s an attempt to do something — same world, same universe, just 30 years later," director Shane Black told Variety. Part of that "same universe" includes the casting of Jake Busey as Sean Keyes, the son of Predator 2 protagonist Peter Keyes. Busey is the son of actor Gary Busey, who portrayed Peter Keyes, giving the film a real life family connection to the franchise's past.

Although The Predator isn't expected to tap either Predators or the two AvP films for its plot, that doesn't mean that you won't get some extra enjoyment out of the movie by watching those films. The Predator is still very much a part of the same universe as those movies, and it's not rewriting any canon, so that means all of the Predator movies should be considered recommended — even if they're not required — viewing before watching the new film. At least that's what star Keegan-Michael Key believes. "What we're doing is a chapter of a larger story that we could call The Predator Universe," Key told CNET's Connie Guglielmo. "There are five movies in the Predator canon, and this will be the sixth. You could watch them in any order you want because they all exist in their own right."

While you could still probably watch The Predator and enjoy it as a sci-fi action movie, you're going to get the most out of it by familiarizing yourself with the franchise first. And that means watching both Predator and Predator 2 before heading to the cinema.