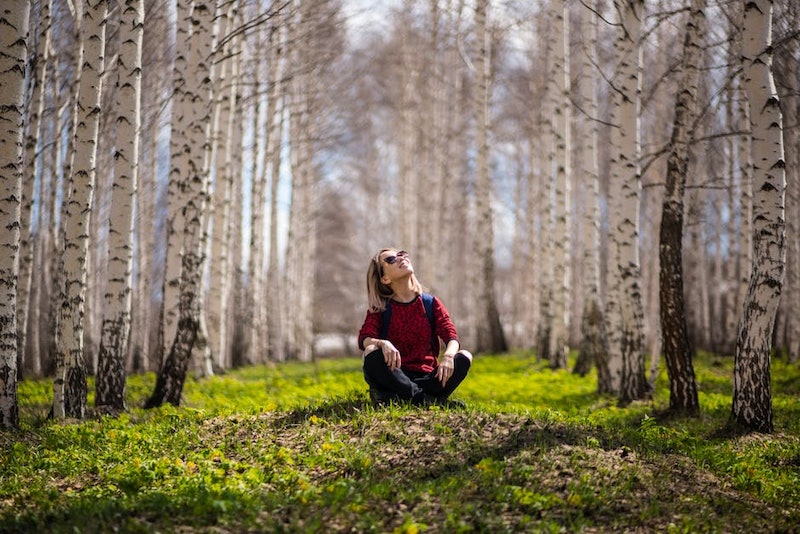 It’s a question we’ve been examining for literal centuries: Do solar eclipses affect the weather? We’ve had an inkling for some time that the answer is yes; indeed, a report of the May 3, 1715 solar eclipse written by Edmund Halley (of Halley’s Comet fame) has long been our clue that eclipses do have a certain effect on the weather: Wrote Halley, “I forebear to mention the chill and damp which attended the darkness of this eclipse of which most spectators were sensible.” However, figuring out exactly what that effect is and why it happens has been an ongoing process. Happily, in recent years, research has made some valuable discoveries — so here’s what to expect during Aug. 21’s total solar eclipse.

If you’re in the path of totality, you’ll probably experience a drop in temperature — possibly as much as 5 degrees Fahrenheit (3 degreesCelsius). According to Dennis Mersereu of Mental Floss, how much the temperature drops depends on the length of the eclipse (time-wise, not in terms of distance) and how much moisture there is in the air. Wrote Mersereu, “Moist air has a higher heat capacity than drier air, so when it’s muggy outside it takes longer for the air to warm up and cool down. This is why daily temperatures fluctuate less in Miami, Florida than they do in Phoenix, Arizona.” In terms of this particular eclipse, he continued, “Communities in the drier, cooler Rocky Mountains are more likely to witness a noteworthy dip in temperatures compared to states like Tennessee or South Carolina.”

Fun fact: Although we probably won’t experience a drop this dramatic, in Lusaka, Zambia during the June 21, 2001 total solar eclipse, the temperature plummeted a whopping 15 degrees. According to NASA, however, when it comes to the Aug. 21, 2017 eclipse, we should expect something “equal to the typical daytime minus nighttime temperature difference” for the time of year you're in and the location you're at. Additionally, we’ll do well to take into account the fact that an eclipse only lasts a couple of minutes; as NASA notes, this means “the environment would not have had much time to thermally respond to its lowest temperature.” As such, we’ll likely only experience something around three-quarters to one-half the maximum day-to-night temperature difference.

There will also probably be some wacky things going on with the wind. Researchers at the University of Reading studying a total solar eclipse that occurred on Aug. 11, 1999 and was visible to much of Europe found that there was a substantial decrease in wind speed during the event — a drop of about 1.6 miles per hour (or 2.5 kilometers per hour). Additionally, areas under the eclipse’s shadow showed the winds blowing 20 degrees more southerly. Said study co-author Giles Harrison to National Geographic, “When the eclipse influences temperature, it seems to also cause the wind to drop and change direction."

Harrison and his colleague, Suzanne Gray, conducted further research later on — this time using a solar eclipse that occurred on March 20, 2015 (this eclipse was total in the Faroe Islands and Svalbard and partial in Europe, parts of Asia, and parts of Africa) — the results of which may have uncovered the reasons for the wind phenomenon. Said Harrison in a press release, "As the sun disappears behind the moon, the ground suddenly cools, just like at sunset. This means warm air stops rising from the ground, causing a drop in wind speed and a shift in its direction, as the slowing of the air by the Earth’s surface changes.” He added, “There have been lots of theories about the eclipse wind over the years, but we think this is the most compelling explanation yet.”

However, bear in mind that the Aug. 21 total solar eclipse will only last, at most, two minutes and 40 seconds — and that’s only in one location (Hopkinsville, Ky.). Because the moment of darkness is so brief, there’s only so much that can happen to the weather during that time. According to NASA, “weather systems will only be affected very locally directly under the instantaneous footprint of the eclipse”; the most notably thing that will happen is the loss of Earth’s “radiant heating” the moment the eclipse occurs (which, in fact, is what makes the temperature drop so quickly). Additionally, your body might “[exaggerate], by evaporative cooling, how large the actual temperature swing actually is.”

So, if you’re in the path of totality, the best thing you can do to prepare for the sudden, brief shift in weather is to take a look at the forecast for the hour the eclipse is due to occur where you are and subtract a few degrees from it. That’ll let you know roughly what to expect. Happy viewing!