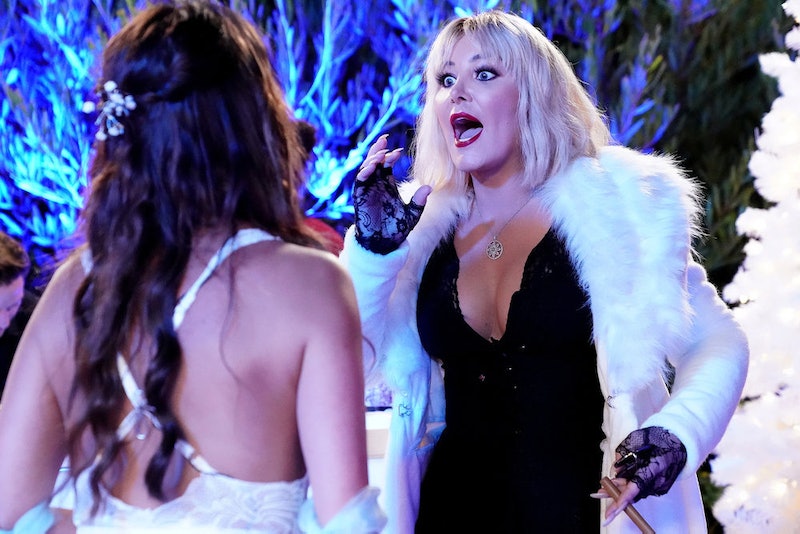 Trying to break into a tight friend group is hard enough as it is, but if that friend group is on a reality show, well, it's even more difficult. You have to catch up on years of infighting, inside jokes, and who's dated who. On Vanderpump Rules, Billie Lee is in exactly that same situation, and while at first she seemed to be fit right in, there's been tension lately — and not just with Lala Kent. In a preview for the April 8 episode, it looks like she goes head-to-head with Lisa Vanderpump herself. And if it goes the same way it did for James Kennedy, that might mean Billie Lee isn't working at SUR anymore.

Billie first joined two seasons ago as a hostess at SUR, and she's maintained that position throughout Season 7. She's even taken on a new responsibility by hosting a weekly brunch called Brunch with Billie Lee. However, she's also one of the few castmates who've maintained a strong friendship with James Kennedy, which has already put her at odds with a few people this season (well, mostly Lala). Still, she wants to support James, and to have him at at her event. But when she asks Lisa if James can DJ her brunch in a preview, Lisa responds that she can't give her an answer right now, and Billie is livid. She says that it "f*cking pisses her off," and Lisa is all, "Don't talk to me like that." Lisa is right. You can't talk to your boss like that.

The reason(s) James was fired were a little more extreme: he was drinking excessively on the job, yelling rude things at other staffers, and generally causing a scene. But he was also being pretty confrontational with Lisa. So is that enough to get Billie fired, too?

It doesn't seem like it, as Billie Lee hosted her Brunch with Billie event as recently as St. Patrick's Day 2019. It's hard to say if Billie actually performs hostess duties at SUR still, but that could be said about anyone else in the cast. They're there when they're filming, but as they've made clear in interviews, they're not necessarily serving tables. They're just kind of there mingling.

Anyway, when Billie isn't slinging mimosas at SUR or telling Lala that she's not better than her, she's maintaining her important position as a transgender activist. Most recently, she teamed up with Dr. Drew for a series called Being Transgender, which aims to "educate, create awareness and inspire open-mindedness and acceptance of a population that has historically been misrepresented, misunderstood and mistreated."

At this point, Billie Lee doesn't really need to be working at SUR, but hey — none of the cast does. The fact that she's still there showing people a good time is cool, and it certainly speaks to her loyalty that's she's continued to advocate for James. But for now, yes, it seems like Billie is still working at SUR, by whatever definition that means.