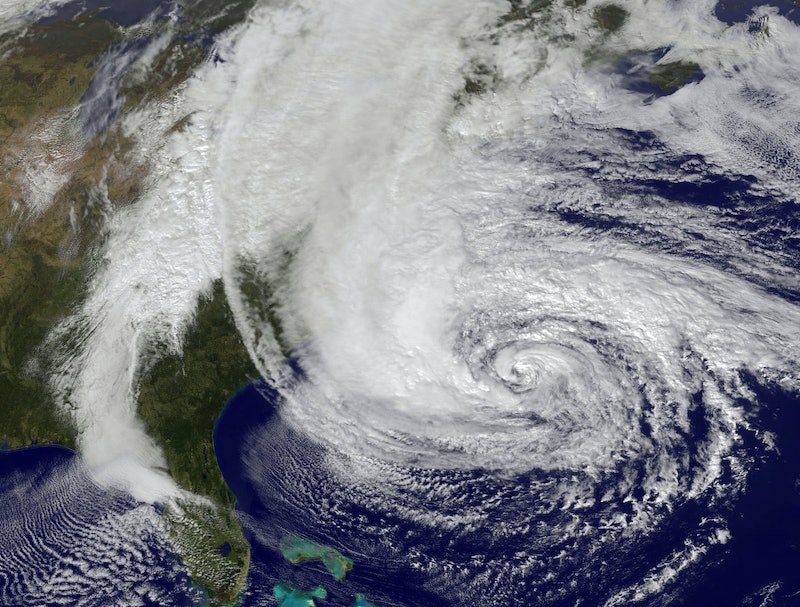 One of the most powerful hurricanes in recent history is expected to make landfall in Texas Saturday morning, and human beings may be partially to blame. Although the full nature and extent of the link is as yet unknown, the connection between Hurricane Harvey and climate change has strong scientific support.

According to NASA, rising temperatures overall mean that there's more evaporated water in the air. Water vapor is a budding hurricane's bread and butter — it keeps them from losing strength and dissipating before landfall. So since there's a lot more water vapor, storms will continue getting stronger and stronger, as has been the general trend in the last decade or so.

“If we are creating an atmosphere more loaded with humidity, any storm that does develop has greater potential to develop into an intense storm,” George Tselioudis, a research scientist at NASA Goddard Institute for Space Studies (GISS) and Columbia University, said on NASA's website.

At the same time, however, scientists also predict that hurricanes will be fewer and farther between. Storms form when cold air and warm air meet, and rising temperatures at the North and South poles are creating less cold air in general. When there is enough of a temperature difference to spark a tropical depression though, it's more likely to become a hurricane due to the increased water vapor.

Harvey is expected to make landfall around 1:00 a.m. Saturday near Corpus Christi, Texas, as a Category 3, making it the strongest storm to hit the U.S. mainland since Wilma in 2005. That means it's a major hurricane, with nearly two feet of predicted rainfall and 129 mile per hour winds in some places.

FEMA Administrator Brock Long appeared in an interview on MSNBC Friday to warn in no uncertain terms of the potential effects of the storm. "Let's set the expectations," he said. "Texas is about to have a very significant disaster, and we have to let people know that." Millions of people may be without power for weeks, and thousands will probably lose their homes altogether.

The effects of climate change mean that the United States could expect a lot more of these kinds of powerful hurricanes, which is a terrifying concept for anyone who lives along the thousands of miles of coastline in this country. If people trust scientists to tell them when a hurricane is on the way, then they should trust them about climate change, too. It's not too late to do something about climate change, and any positive changes that you make could help save your life or someone else's when the next storm hits.