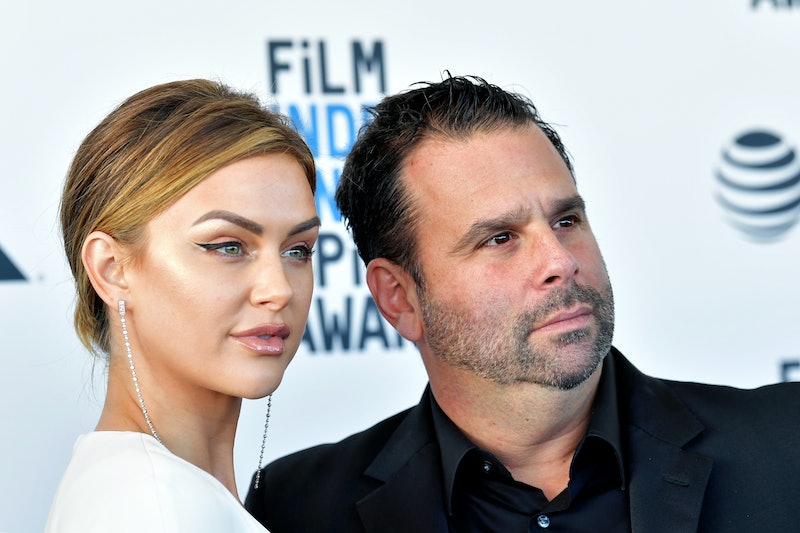 Part of being on Vanderpump Rules means working at SUR — at least when the cameras are rolling. Now that the show is well into its seventh season, it's gotten increasingly hard to tell which of the cast members actually still work there, and what's just filmed to keep up appearances. Lala Kent, for example, has been the SUR hostess since she joined the series in Season 4, but does Lala work at SUR in 2019? Based on a promo for next week's episode, her job could be on the line.

Though the SURvers are hired at SUR to, well, serve, Pump Rules star Katie Maloney-Schwartz recently told People that it would be virtually impossible to take tables because she would get stuck talking to fans all night. Brittany Cartwright further clarified what they actually do when the show up for a shift, saying they, "like to come in and bring drinks to people and just, like, mingle."

Lala has been shown seating tables during Season 7, but outside of the show, she's also been tackling her own makeup line, Give Them Lala, and filming multiple movies to develop her acting career. Her fiancé, Randall Emmett, recently posted a picture of her in a 1940s costume for a flick she's currently filming with Kate Bosworth and Al Pacino. With all of that on her plate, does Lala even have time to keep working at SUR?

And even if she does have the time, her outbursts at the restaurant may have put her job in jeopardy. James Kennedy was fired because of the way he treated his female coworkers, including Lala and Katie, and rightfully so. He deserves the consequences. But in the March 18 episode, Lala's behavior bordered on James-level rudeness. Her fights with Raquel and Billie Lee were beyond inappropriate for the workplace, and she could pay the price for it.

Interestingly, though, when James told Lisa what Lala did, Lisa didn't believe him. There's no defending James' actions, but it's hard to deny Lisa's double standard — she's harder on James than she is on Lala, even though they've both been disruptive to the restaurant. Lala's had "mood swings," as she calls them, recently because of the death of her father, and that's understandable. But as Ariana pointed out in the episode, the world doesn't stop turning just because something bad happened to you. When Ariana's father died, she managed to carry on without starting screaming matches in SUR. Of course, everyone grieves differently, but there's a disconnect between how Lala and James' situations have been handled — especially considering James has been dealing with a lot in his family life too.

James' volatility has earned him a timeout, and perhaps it's time for Lala's behavior to do the same for her. She's clearly hurting, but until she can keep her emotions and temper in check, she shouldn't be on the floor at SUR. It's not professional. And as much as James is toxic and mean to everyone around him, Lala's recent outbursts put her in the same category.

As far as whether or not Lisa lays down the law with her, it's hard to tell. Lala posted a photo at SUR in January, but based on her caption — "date with my gusbands" — it seems like she was there to socialize, not work. Before that, her most recent SUR pic is from August, in which she and Scheana are wearing the same outfits they had on during the March 18 episode, so that was probably the day they filmed her blowouts with Billie and Raquel. It's possible Lala just hasn't posted much while she was working, but it's just as likely she's since left the SUR staff — whether because Lisa asks her to or simply because she wanted to focus on her other projects, we'll have to keep watching to find out.