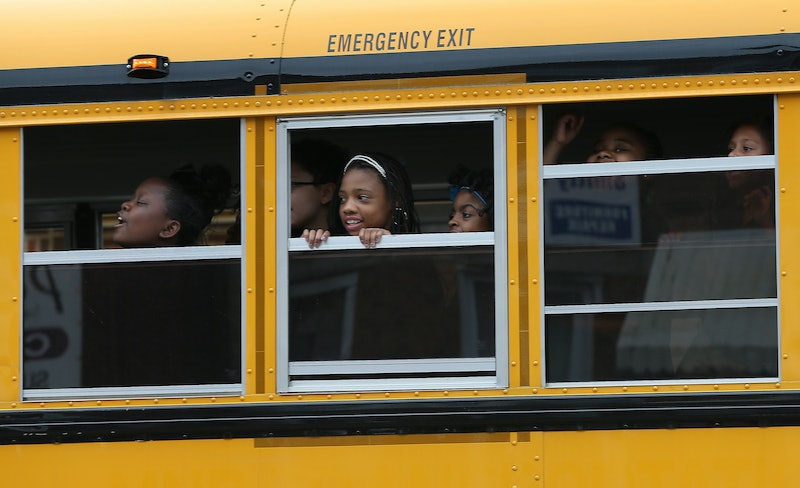 The Michigan state Senate on Wednesday gave their stamp of approval on a bill that would allow guns in school, churches, and bars. The controversial legislation would allow licensed gun owners with extra training to legally carry their firearms in normally gun-free zones.

The bill now heads to the Republican-controlled House and if it passes, will head to GOP Gov. Rick Snyder's desk to become law. Snyder won't comment on the legislation until it reaches his desk, reported the Associated Press, but the governor vetoed a similar bill in 2012 after the Sandy Hook Elementary mass shooting.

“I believe citizens have the right to be free and safe and secure and to defend themselves and their loved ones,” Meekhoff told AP. “Responsible, well-trained, licensed gun owners may be one of those deterrents to those individuals who seek out gun-free zones as opportunities to commit heinous crimes.”

Michigan has nearly 618,000 people with concealed weapons permits. State lawmakers are seeking to legalize the right to carry firearms in gun-free zones if the license holder goes through more than eight hours of training. Private businesses would be allowed to ban open carry.

Former teacher, Senate Democratic Leader Jim Ananich, expressed his concerns about the bill during a floor debate. "Real life is not an action movie," Ananich said, warning that accidents would be more likely in a daycare or school. The legislation would allow guns in stadiums, places of worship, hospitals, concert halls, casinos, and many college dorms and classrooms. Leaders in places of worship are already allowed to carry concealed weapons.

The bill comes at a time when the gun control debate is back in the spotlight following last month's mass shooting in Las Vegas and this week's mass shooting in Sutherland Springs, 30 miles east of San Antonio, Texas. In Las Vegas, a gunman on the 32nd floor of the Mandalay Bay Resort and Casino opened fire on a nearby crowd of concertgoers at the Route 91 Harvest country music festival. He killed 58 people and injured 546 more; the police found 23 guns in his hotel room.

In Texas, a gunman armed with an AR-566 rifle walked into a Baptist church, killing 26 people and injuring 20 more. The U.S. Air Force failed to register the gunman's domestic violence conviction with the FBI National Crime Information Center database. A registered record of domestic violence may have prevented the killer from passing his background checks as federal law would have prohibited him from purchasing or possessing firearms.

The public has largely hailed two civilians who pursued the Sutherland Springs mass shooter as "good Samaritan heroes." Steven Willeford, who lives across the street from the church, heard what was going on, armed himself with an assault rifle, and went to confront the shooter. The shooter dropped his rifle and fled in his car, but Willeford and a nearby civilian driving by, Johnnie Langendorff, chased after him.

As some gun rights activists like to point out, it's incidents like these that indicate why we need people armed and ready to defend in public places. But critics argue that this appealing narrative, that "good guys" with guns can stop "bad guys" with guns, rarely plays out in real life.

The United States has 270 million guns. Fromm 1966 to 2012, there were 90 mass shooters. No other country in the world with a population of at least 10 million has more than 46 million guns or had more than 18 mass shooters. With lawmakers under pressure to respond to gun violence in the United States, it's uncertain how far Michigan's bill will go.