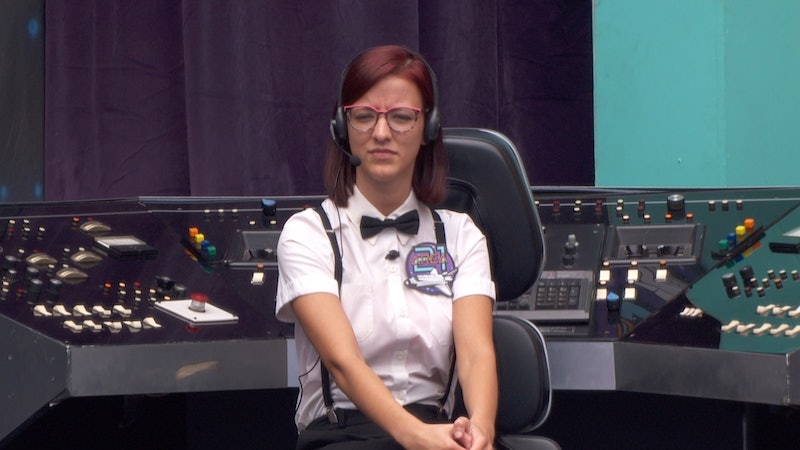 During Thursday's Aug. 29 episode, Nicole talked in the Diary Room about Tommy's decision to keep Christie, which she had just heard about from Nick. Tommy had told Nick that Christie had his vote, not Nick. Nick was flabbergasted, not understanding why Tommy was so invested in keeping Christie safe when Nick had been so loyal to him. From Nick's perspective, it didn't make sense. But from the viewers' perspective, it totally does.

Tommy and Christie's relationship goes way back. As viewers learned in the premiere, Christie dated one of his family members for seven years, so the two of them are practically family themselves. There are even old Instagram photos on their accounts that show them hanging out way before Big Brother started. They've been a duo since day one, so it's not surprising that Tommy chose Christie over Nick. Even though Nick may have claimed to Tommy that he'd always be loyal, the only person Tommy can absolutely assure won't stab him in the back is Christie, because they have a history. Obviously Tommy wouldn't want his permanent safety net to walk out of the house.

Nick seemed too shell-shocked by Tommy's decision to vote for Christie to figure out they had a secret connection. But once Nicole heard about the situation, she talked things through in the DR and seemed to come to the conclusion that there was more to the story. "Why does [Tommy] want Christie here adamantly?" she mused. "I feel like there must be another piece of the puzzle."

In that moment, you could practically hear the audience screaming for Nicole to figure it out. People quickly took to Twitter to cheer her on.

Tommy and Christie have managed to keep this secret for a long time (which is shocking because Christie can hardly ever keep a secret ), and it's about time that someone catch on. Nicole has been watching and observing everyone this season while (mostly) staying out of the drama. So if anyone is going to figure out what Tommy and Christie are hiding, it will be her.

Nick might have been able to put the pieces together if he'd stayed in the house longer, but at least he passed along his knowledge to Nicole so she could take up the suspicion in his absence. Fingers crossed she remembers the time that Christie kept talking about how close her house is to Tommy's and how she knew the street exit where he lived and everything.

If Nicole does figure it out, what might she do with that information? Exposing it to the house could cause a blowup like what happened when people thought Holly and Kat knew each other. It could put a giant target on Tommy and Christie's backs. Or, Nicole could go to Tommy and Christie with a deal — she doesn't expose them, and they work with her.

It would be exciting for this secret to finally make its way into the open, and fan favorite Nicole figuring it out would just be the cherry on top. You've got this, girl!

More like this
The 'Big Brother 24' Racism & Bullying Controversy, Explained
By Jake Viswanath
Everything To Know About 'RHONJ' Season 13
By Brad Witter and Jake Viswanath
Armie Hammer's Exes Share His Alleged Voice Messages About Cannibalism & Abuse
By Grace Wehniainen
Everything To Know About 'Real Girlfriends In Paris'
By Kadin Burnett
Get Even More From Bustle — Sign Up For The Newsletter