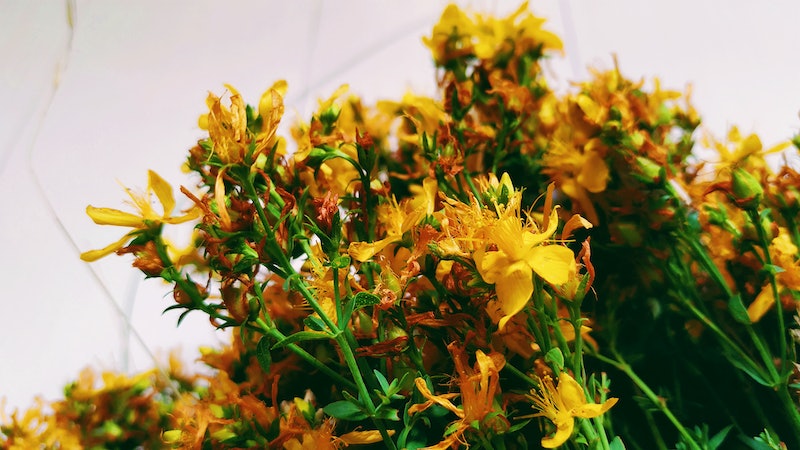 For hundreds of years, a little weed that grew across Europe was used to treat what was then known as melancholy. Today, that herb — St. John's wort — is often touted as an herbal treatment for depression. Before using it, though, experts strongly advise consulting with your doctor about the severity of your symptoms and other medications you take.

The chemicals found in St. John's wort flowers appear to boost levels of the neurotransmitter serotonin in the brain. Studies show that it may be helpful for some people's depression. A review of 35 different studies of St. John's wort including nearly 7,000 people published in Systematic Reviews in 2016 found that when it came to mild and moderate depression, having St. John's wort was better than placebo: participants reported the same level of effectiveness as a standard antidepressant in treating mild depressive symptoms, and were less likely to experience side effects. When it came to severe depression, however, the story was different.

"There is insufficient research on St. John's wort's effects of severe depression," Dr. Bryan Bruno M.D., medical director at Mid City TMS, a medical center focused on treating depression, tells Bustle. The 2016 review found that it didn't help people with severe depression much at all. Other studies back up these findings.

One of the major hurdles with St. John's wort is how it affects other drugs. "It interacts with many common antidepressant medications such as fluoxetine (Prozac), sertraline (Zoloft), and paroxetine (Paxil)," Dr. Bruno says. These drugs and St. John's wort both increase serotonin levels in the brain, so they may cause serious side effects like serotonin syndrome, an overdose of serotonin, when they're consumed together. Serotonin syndrome can cause symptoms like rapid heart rate, headaches, confusion, and seizures. People taking Xanax should also avoid St. John's Wort, Dr. Bruno says, because the herb increases the rate at which the body breaks Xanax down, decreasing its effectiveness. Many other drugs are known to interact with St. John's wort too, including chemotherapy and immunosuppressant drugs, anticonvulsants, narcotics, and heartburn treatments.

Even if someone fits the criteria for taking St. John's wort, doctors will recommend other treatments first because they've been shown to be more effective. "Cognitive therapy and certain psychotropic medications have been shown in hundreds of studies to reliably treat most forms of depression," Dr. Joshua Klapow Ph.D, a clinical psychologist, tells Bustle. St. John's wort should not be the first line of defense against depression, he says.

People who are taking St. John's wort need to be honest with their doctors. "If you are going to supplement with St. John's Wort, your physician absolutely needs to know about it, particularly if you are taking any other medications either for depression or any other medical condition," Dr. Klapow says. If you have mild or moderate depression, St. John's wort might help — but it's important to have all the information before you start picking it up from the supplements aisle.