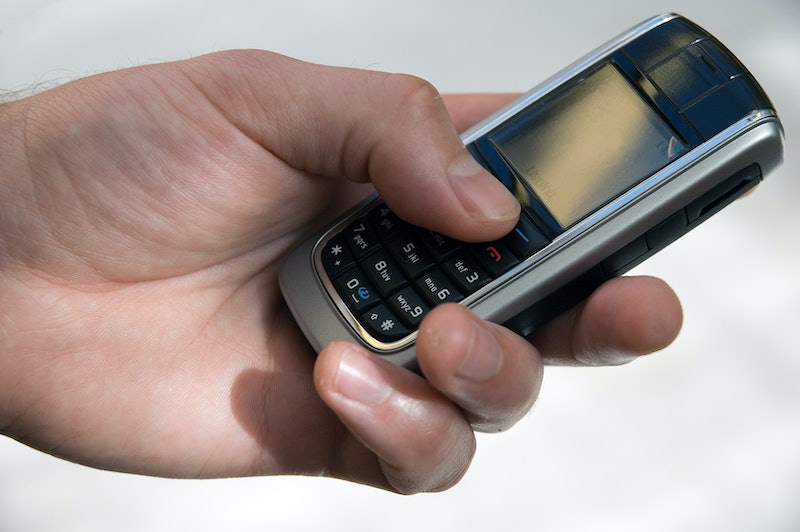 If you've vowed to disengage from social media, you're definitely not alone. The current political climate has many Millennials craving a life offline, and for some, that may begin with the upcoming retro Nokia phone reboot. But although the phone has no capacity for apps, if you're wondering whether the new Nokia 3310 has the game Snake, read on. If you're wondering what Snake is (?!), then definitely read on. Where did you spend the early aughts? The moon? I mean, it's totally fine if you did; you do you. But if that's the case, you definitely missed out, so at least now you have the ability to experience everything you missed the first time round.

In a Feb. 26 announcement at this year's Mobile World Congress, HMD, the Finnish owners of Nokia, shared their plans to re-introduce the 3310 phone model, a staple of early '00s pop culture. Like, just seeing photos of this phone gives me flashbacks to low-rise bell-bottoms, Von Dutch hats, and that Paris Hilton-specific shade of bubblegum pink. Is frosted lipgloss actually flattering? Should I get really chunky blonde highlights? Hey, man, who knows, the Nokia phone is back and seemingly better than ever, so...

Although Nokia does offer several Android smartphones, the 3310 reboot is, frankly, kind of genius. There is no App store, and no touch screen. Yes, you'll have to text with actual buttons again. There's a jack to plug headphones into, a basic camera (remember: no apps means no filters), an un-shatter-able screen (bless), the capacity to connect to a browser, a 22 hour battery life — oh, and a little game called Snake.

Heck yeah, Snake is back! I played this on my mom's phone for seemingly hours while waiting for brother's hockey games to finish. Obviously, that is not a situation shared by many people, but ask almost any '90s baby and they'll have a Snake-related anecdote of their own.

Of course, because this phone is a reboot, Snake looks a little different now. More sleek, more shiny, more colorful:

So odds are it will be a tiny bit different from the black-and-white, pixelated version of the game you remember. Will it be more like Snake II? Maybe; the second version of the game added a whole bunch of new features, so it might be fair to assume that the latest version of it will, too. In any event, though, rest assured that Snake purists will have plenty to look forward to.

The new Nokia 3310 will retail for around $52, and is currently on track to be released between April and June 2017.