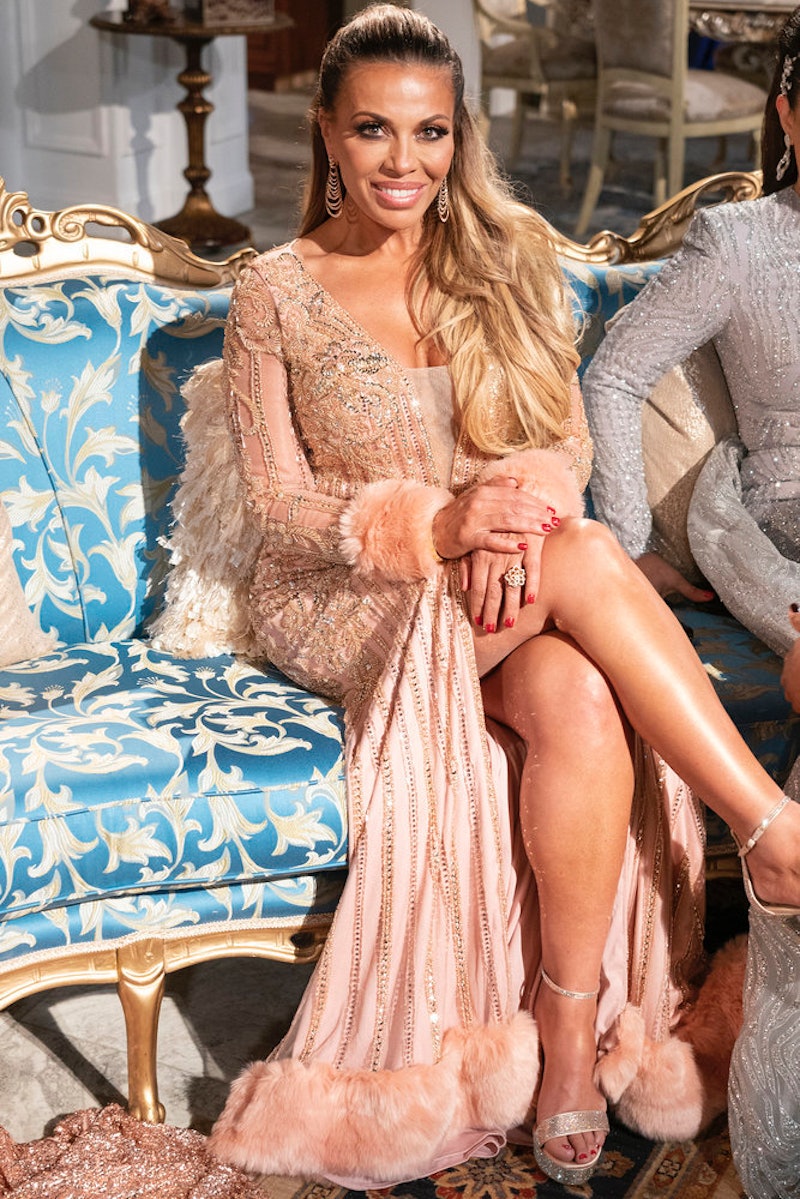 Real Housewives of New Jersey fans get to see a lot of Dolores Catania and her ex-husband Frank Catania. But what about her actual boyfriend, David Principe? He never appears on camera, so the relationship updates are so few and far between, it's tough not to wonder if Dolores Catania and her boyfriend are still together. Especially since the reunion kicked off with her having to explain her relationship, yet again.

During the first reunion episode, Dolores confirmed that she and Frank continue to be the most amicable exes of all time. She shared that Frank is currently building a house for David. Now she sees David almost every day, which is a major change for her. However, she's not trying to amp that up to every day. She declared that she will not move into the house unless she gets more of a commitment from her man, i.e. a marriage proposal.

So where do they stand now? Did David put a ring on it after the reunion filmed? Considering how private this couple is, it is certainly possible that they could be secretly engaged. But, as of this moment, there's no sign of that. At all.

Nevertheless, the duo seems to still be going strong. On Feb. 19, Dolores posted a photo with David on Instagram.

When one of her followers asked if David was her boyfriend she confirmed that they are still together.

On Jan. 23 the Real Housewives of New Jersey cast member shared a photo from a wedding she and David attended together.

On Feb. 17, Dolores posted another photo with David, that included their favorite third wheel, Frank. They were on a construction site. Could it be for the house Frank is building for David? In her caption, Dolores teased, "can’t wait to show you all what we’re up to!"

Dolores discussed Frank and David's unusual dynamic during a January interview with Bravo's The Daily Dish. She revealed, "David and Frank are actually more boyfriends; they're together all the time."

Dolores even remarked, "They talk all day." Nevertheless, Dolores has some other priorities in her life as well. She shared, "I don't leave my dogs. I'm like, 'Listen, if you want to see me, you have to come sleep with me and the dogs. I'm not coming to your [house].'"

In that same interview, Dolores maintained that it's all good between her and David. The viewers may not see him on camera, but Dolores does get in a good amount of quality time with her man. She said, "I enjoy seeing him; it's easier to see him. If I don't sleep there, I'm there for breakfast. I'll bring him breakfast and we read the paper together and he goes to work and I go to work."

The trio even kicked off 2019 by watching RHONJ together. It has to be somewhat awkward watching yourself on a TV show, so props to Dolores for watching it beside her boyfriend and ex-husband.

Not only are Dolores and David still going strong, but so are Frank and David. The only thing missing from the equation (from a fan's perspective) is a camera crew. Will David ever appear on Real Housewives of New Jersey?