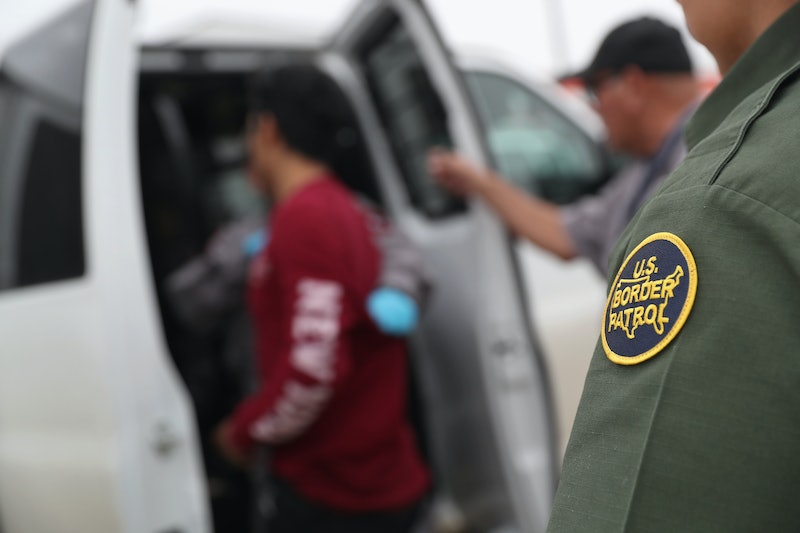 In May, the Department of Homeland Security followed through on President Trump’s goal to publicize data on crimes committed by immigrants. In addition to the Victims of Immigrant Crime Engagement (VICE) office, the administration rolled out the Victim Information and Notification Exchange (VINE), a searchable database that allows people to find information about the detainee status of undocumented immigrants picked up by the government. However, according to advocates, that database may be putting victims of domestic violence who are also immigrants in peril.

The Violence Against Women Act has strict rules about publicizing information about victims of domestic violence, sexual assault, or human trafficking who have sought asylum. Title VIII of the act prohibits "disclosure to anyone ... of any information which relates to an alien who is the beneficiary of an application for relief." However, according to domestic violence advocates, VINE may be breaking that regulation by publishing the name, race, birth date, and location where immigrants are incarcerated, including of victims who are supposed to be protected.

On May 25, lawyers for the Tahirih Justice Center, which advocates for immigrant women, have sent a letter to Immigration and Custom Enforcement (ICE), asking for the names of victims to be removed from the database or for the database to be taken down. The letter states:

We are extremely concerned about this unlawful disclosure of victims’ federally protected information. Their listing in the public database is a violation of federal statute which carries significant penalties under the law, and puts survivors’ lives in danger.

For those who fight domestic violence, this kind of revelation of information is scary, and might lead to dire consequences.

"There's nothing to say they [abusers] won't be able to follow that person [the victim] when and if they're released and/or deported," Ruth Glenn, executive director of the National Coalition Against Domestic Violence, tells Bustle. She highlights how seriously people who work in domestic violence prevention take confidentiality, as perpetrators are likely to stalk their victims. In fact, according to Glenn, domestic violence shelters will usually refuse to even confirm to law enforcement if a person is housed there, for fear of information on their location making its way to the abuser.

There are other ways the database potentially puts immigrants who are domestic violence victims in an even more vulnerable position.

"The other thing that this database does is it notifies people who sign up for the service when folks are being transferred or released," says Grace Huang, Policy Director for the Asian-Pacific Institute on Gender-Based Violence. "To the extent that you have an abuser that is tracking their victim, our concern is then an abuser has access to that information. Not only can they go log on and find it out, but then they're actually notified about when someone is being released or being transferred."

Huang says the new law interferes with a core aspect of domestic violence advocacy and protection.

Glenn worries that the new law will open a new realm of danger for people who have already been exposed to abuse and terror. She doesn't know where the potential for domestic violence victims who are immigrants to be further stalked and terrorized by their abusers will end.

"My fear, and I think anybody else's fear in this field, is that if we begin releasing that small, quote-on-quote, amount information, then what do we release next?" Glenn says. "A name and where somebody's being held is just enough, but let's say we begin to release other types of statuses or demographics, then I think that's the other risk. If we all say that this is OK, then what's going to be next?"