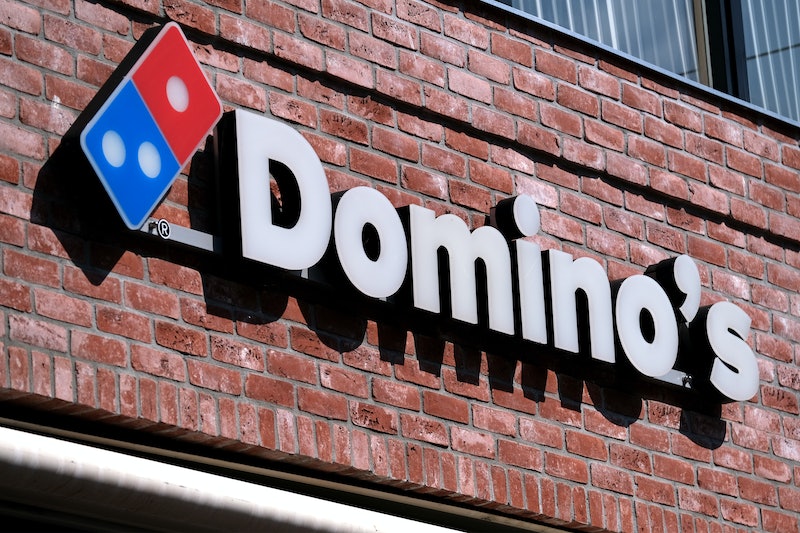 These days, most major restaurant chains, along with smaller franchises and even independents offer options to suit a broad range of dietary requirements. And seeing as the number of vegans in Great Britain quadrupled between 2014 and 2019, this makes sense. But one brand that has taken its time, and has only just caught on, is your go-to pizza place. Domino's is finally offering vegan pizza options at selected branches, and as one of the biggest Domino's fans out there (zero shame), I think I speak for us all when I say: about time.

The two plant-based options will be offered at 46 stores across the UK, five being in capital city London, and 41 elsewhere around the country.

The first offering is a classic vegan Margherita, which is made with vegan, hand-stretched dough and Domino's vegan cheese. The second is the Vegan Vegi Supreme, which features the same dough and cheese with vegetables including mushrooms, onions, peppers, and sweetcorn.

You can also create your own by adding chosen veggies onto the basic vegan base.

Aman Prasher, Domino's Chief Vegan Dough Developer said of the development: "Our vegan offering has been a while coming because we're determined to make sure it's full of our iconic Domino's flavour. We might not be first but we're always the best — no compromises."

"We've now busy working on some toppings and sides -so watch this space," he added.

As mentioned, the two pizzas are currently only available at 46 branches of Domino's, but Prasher revealed that if fans "agree, and love it as much as we do, Domino's will roll out nationwide."

The current stores which will feature vegan options on their menu are: