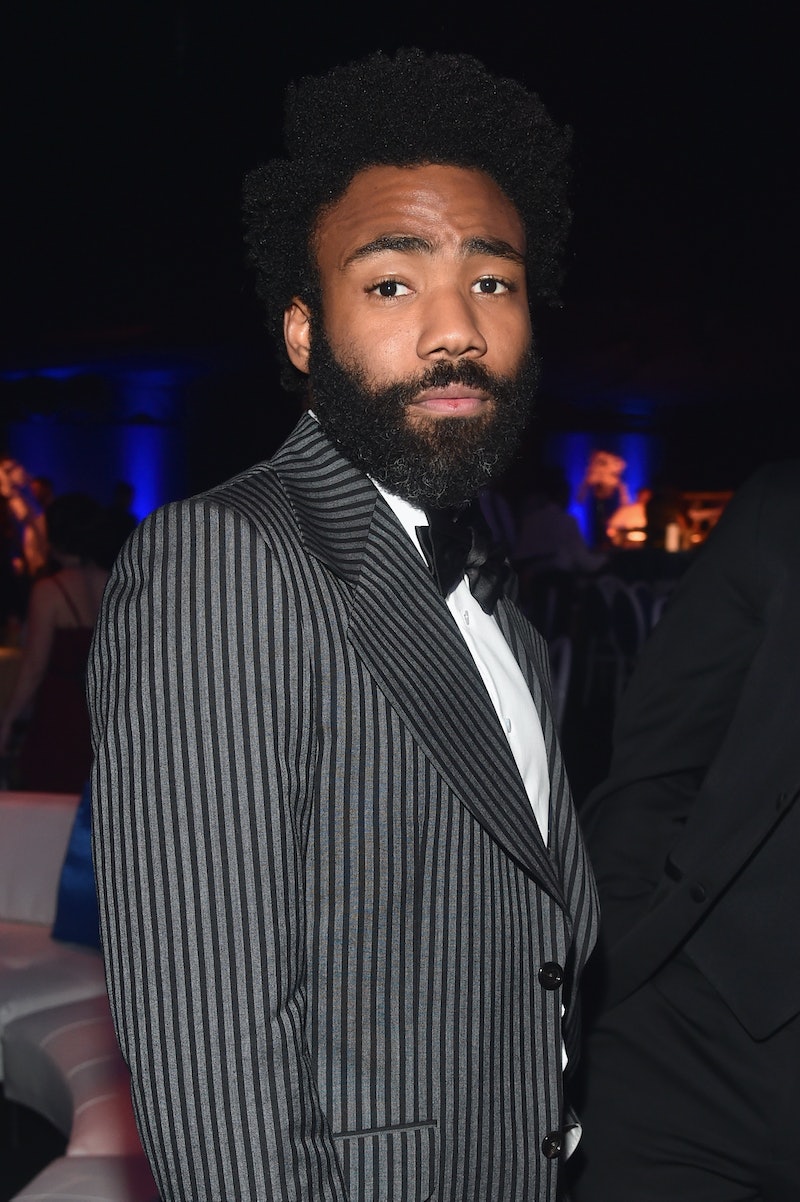 Before he took his final bow as Childish Gambino, Donald Glover paid tribute to his late dad during a heartfelt speech at the last show of his This Is America farewell tour. "I lost my father a couple weeks ago," he told the audience between tracks at Los Angeles' Forum, as seen in a fan concert video on Reddit, on Dec. 17. "I wanted to play him some of the new songs, but he didn’t want to hear them because he was like, ‘I know they’ll be great.’ I’m not saying that to talk about music, I say that to talk about trust."

The announcement of Donald Glover Sr.'s death seemed to come as a surprise to fans, as the Grammy winner hadn't seemed to make any prior mention of his dad's death or even an illness of any sort.

One night earlier at the first of Childish Gambino's back-to-back Forum shows, Glover did acknowledge, however, that 2018 had been a difficult year for many, himself included. “I lost a lot of good people,” the singer, whose new album is expected in 2019 said, without mentioning his dad, per Variety's review of the Dec. 16 show. “I know it’s been a tough year for everybody, that’s what’s crazy. I wish I could change everything for everybody.” (The Grammy winner went on to lift everyone’s moods, also according to Variety, launching into “Riot” from 2016's Awaken, My Love!)

Naturally, many mourned the loss of Glover Sr., who'd kept in touch with fans via his official @DonaldsDad twitter account. He also used his page to support and tweet praise for his famous son. "He’s been amazing forever, all the kids," the patriarch posted in response to a fan's tweet about Donald Jr. in September.

Although the Atlanta star couldn't preview his new music for his father, he did treat concert-goers to two new songs: “Algorythm” and “All Night,” per Variety. The publication described the fan response as "more than promising." Another fan posted a video of a new song called "Human Sacrifice."

Childish Gambino released his Summer Pack EP — featuring "Feels Like Summer" and "Summertime Magic" in July — after previously scoring a Billboard Hot 100 No. 1 single with his surprise May release, “This Is America.” His schedule is only about to get more hectic, however — especially with 2019's awards season quickly approaching.

When the 2019 Grammy's air on February 10, Childish Gambino's "This Is America" will be vying for four golden gramophones, including those for Record of the Year and Song of the Year. "Feels Like Summer" was also nominated for Best R&B Song. That news, of course, came on the heels of Atlanta's 16 Primetime Emmy nominations this year, with Glover garnering recognition for writing, directing, and acting. (The FX hit eventually took home three of those awards during the September Emmy's telecast.)

Then, of course, Glover will be coming to Pride Rock to voice Simba (opposite Beyoncé's Nala) in the highly anticipated summer 2019 live-action remake of The Lion King.

"We started recording some stuff and it's, you know, it's a little intimidating from my point of view," Glover told Entertainment Tonight of working with Queen Bey. "Just hearing her do it, it's been like, 'Man, this is a really special thing.'"

With all he's achieved, the multi-talented Glover has clearly done — and is continuing to do — much to make his late dad proud.