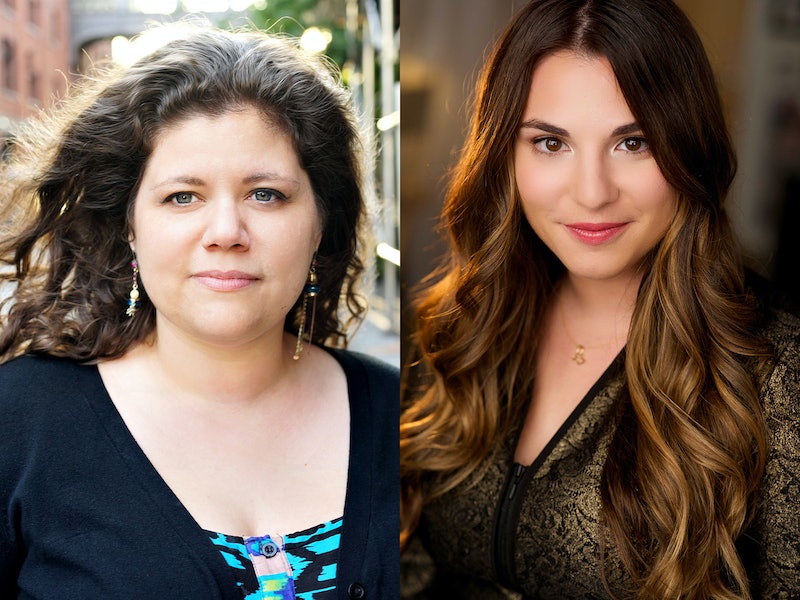 Shocked and saddened by the widespread devastation on the island in the wake of Hurricanes Irma and Maria, members of the children's and YA publishing community have organized a hurricane-relief fundraiser for Puerto Rico. The #PubforPR online auction boasts 315 items from a star-studded lineup of authors, illustrators, and other industry professionals, including Rainbow Rowell and Victoria Aveyard, both of whom have donated the honor of having a character named after you in their next book. Bidding begins on Monday, Oct. 2, so prepare accordingly if you're a book nerd or an aspiring writer.

#PubforPR fundraiser organizers have a fantastic plan for making sure that every last cent of the proceeds goes to Puerto Rico hurricane relief. Winners must email #PubforPR with proof that they have donated their bid amounts to either Unidos por Puerto Rico or ConPRmetidos. Auction "attendees" must attach their names and email addresses to every bid in order for it to be accepted. Proof of a $15 donation to either cause will earn a bidder one entry into #PubforPR's super-secret, five-prize raffle.

This hurricane-relief effort is the result of a collaborative effort between four YA authors — Nova Ren Suma, Dahlia Adler, Mara Delgado, and Carrie DiRisio — and editor Patrice Caldwell. Caldwell is also the founder of People of Color in Publishing.

"I was on a train and talking to another writer, and I said, 'I really wish there was something I could do,'" she tells Bustle. "On a more personal level, I am from Texas, and I have family and friends affected by the Houston hurricane. I remember KidLit Cares happening, and I was too late to do anything. I felt so helpless."

KidLit Cares is another hurricane-relief effort from the children's book publishing community, organized by author Kate Messner, that recently deployed to help victims of Hurricane Harvey. The program has an online-auction setup similar to that of #PubforPR. KidLit Cares also aided with Superstorm Sandy relief in 2012.

Perhaps most interesting about #PubforPR is the fact that it all came together on YA Twitter, the oft-maligned corner of the Internet where authors, editors, agents, publishers, and fans come together to talk YA shop. A recent YA Twitter collaboration saw the community join forces to unseat the unheard-of Handbook for Mortals from the No. 1 spot on the New York Times Best Seller List for Young Adult Hardcover, after it was revealed that someone had gamed the book-sales system to get it listed.

"I think the kidlit/YA community can be incredibly close," she says. "The community really came through. I reached out to editorial directors and bestselling authors. I thought, 'OK, this is a stretch. They will be busy.' But they instantly replied and said they would do whatever they could."

The organizers put together a spreadsheet, and began reaching out to their friends in publishing. From there, it expanded. "We had bestselling authors reach out — Roxane Gay, for example. We had non-children's editors reach out, and so many more. It was amazing," Caldwell says.

So just what lots are up for grabs in the kidlit/YA community's hurricane-relief charity auction? In addition to the Rainbow Rowell character, there's a Warcross fanmail box from Marie Lu, and a bundle of autographed books from Roxane Gay. Aspiring writers of all stripes can find editing and critique packages in #PubforPR's lineup, including sensitivity reads from Valerie Tejada (Hollywood Witch Hunter), Claudia Guadalupe Martinez (The Smell of Old Lady Perfume), Yamile Saied Méndez (The Reel Wish), Mia García (Even If the Sky Falls), and Amy Rose Capetta (Echo After Echo). Also available are a query critique from Scholastic editor Arthur A. Levine, a 1-hour concept consultation with Alloy Entertainment, and a trip to New York City to meet the New Leaf Literary & Media team and receive manuscript feedback.

In the first few hours of #PubforPR — bidding opened at 9 A.M. on Monday — there's already been a late-breaking development, as Chelsea Clinton has donated signed, personalized copies of She Persisted and It's Your World to the children's publishing community's Puerto Rican relief effort. Bidding on each of Clinton's lots begins at $150.