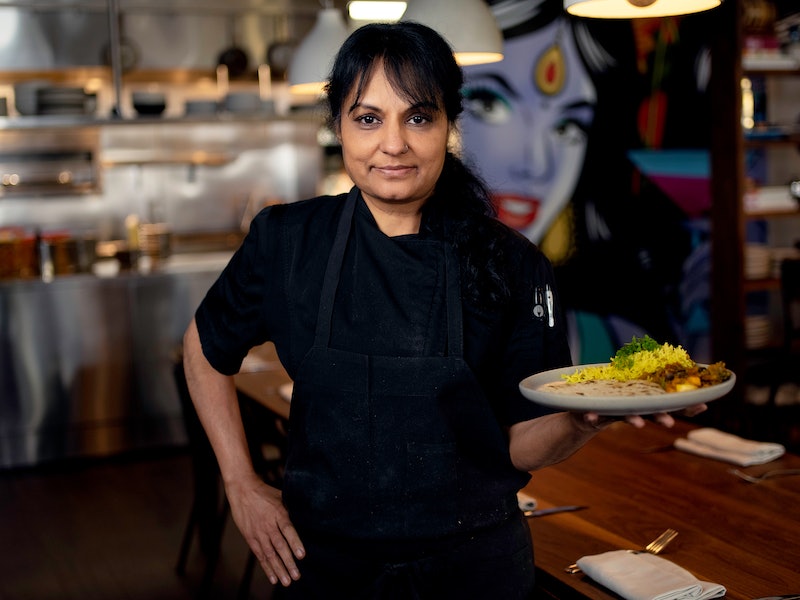 Of course, an on-demand platform for door-to-door delivery like DoorDash would want to expand your collection of favorite restaurants, but now, they're doing so in a way that helps out immigrant and refugee-owned businesses, too. On Thursday, March 28, DoorDash announced its Kitchens Without Borders initiative, which aims to support immigrant and refugee-owned restaurants by giving them more exposure to customers. New food for you, a better shot at continued success for the restaurant owners.

The initial round of Kitchen Without Borders involves ten restaurants in the San Francisco area. (DoorDash plans to expand to other cities in the future.) The ten restaurants will get credits to be able to offer $0 delivery fee for six weeks, premium placement in DoorDash's app carousel, additional marketing opportunities (such as email and social media promos), and a video series on the Kitchen Without Borders site that features each restaurant owner and their story.

The videos about these restaurants include a lot of very pleasant slow motion cooking and chopping, so if that's your thing, they're worth checking out.

In her video, Dilsa Lugo, chef and owner of Los Cilantros, explains that she was inspired by her parents cooking tortillas when she was a child. She also says that her restaurant doesn't have any freezers and everything is fresh — that's about as convincing as it gets.

Onigilly's Koji Kanemastu explains that he started his Japanese restaurant that specializes in onigiri (rice balls) when he moved to the U.S. and saw there were a lot of sushi restaurants, but not many places to get onigiri. He co-owns the business with his wife, Aki Kanematsu, and they strive to make food the way they would for their two children.

Besharam executive chef Heena Patel tells about the meaning of her restaurant's name in her video. "I wanted that American dream," she says. "It took my 20 years to have my citizenship, but I was proud of myself. Besharam is 'shameless', so I am kicking off all the stereotypes of Gujarati women and I am kicking everybody who says that I can't do it."

Aside from the stories in the videos, the new initiative also has a personal connection to DoorDash CEO and co-founder Tony Xu. Xu moved to the U.S. from China when he was five years old, and his mother started a restaurant when her Chinese medical license was not recognized. Xu worked in the restaurant with her. "In many ways DoorDash was founded for people like my mom," he says in his own Kitchens Without Borders video, "people who came here with a dream to make it on their own."

This article was originally published on March 27, 2019